Social media is a great way to meet talented aerospace fans; we met Nicolas Riveau, Yann Saputa and Pascal Fleury on Twitter. Discover what they have to say about their collections of Lego launch vehicles. 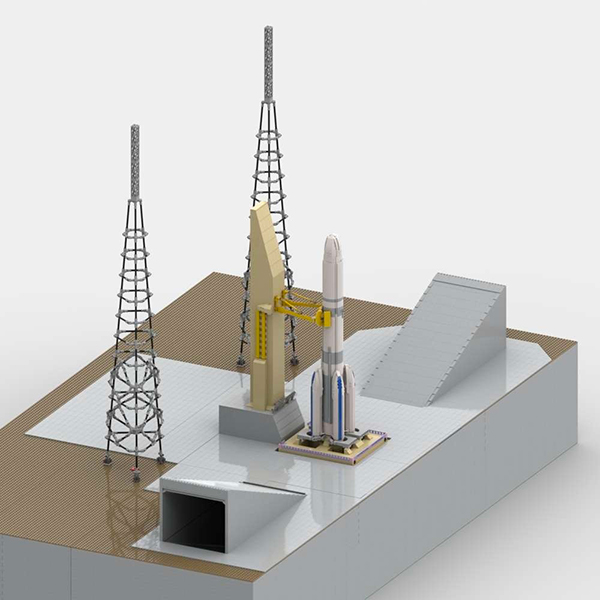 Nicolas, who follows us on social media, is passionate about both space exploration and the brightly colored building blocks of our childhood (just like many ArianeGroup engineers!). He explains that when, as an adult, he began to merge these two interests, he has been able to reach a large audience. Before building his Lego ArianeGroup launchers, he creates computer models of them in 3D.

Yann started building Lego launchers rather by chance about two years ago. He soon realized that there are quite a lot of space/Lego fans, and his constructions have since become “an all-consuming hobby”.

For his part, Pascal remembers the first Ariane launcher’s take-off on Christmas Eve 1979, and receiving an Ariane 4 model as a present a few years later. Of course he played with Lego as a child, but at the time he never thought to associate it with his interest in space.

Nicolas’ collection is exclusively made up of 1:110-scale models (his Ariane 6 is about 57 cm high). The reason, he explains, is because “it helps to visualize the size of launchers and other space objects, and to realize how they have evolved over time. For example, everyone knows that the International Space Station is big, but when you compare it to the Mir space station or to the Ariane 5 launcher, you get a better sense of its actual size,” he says. 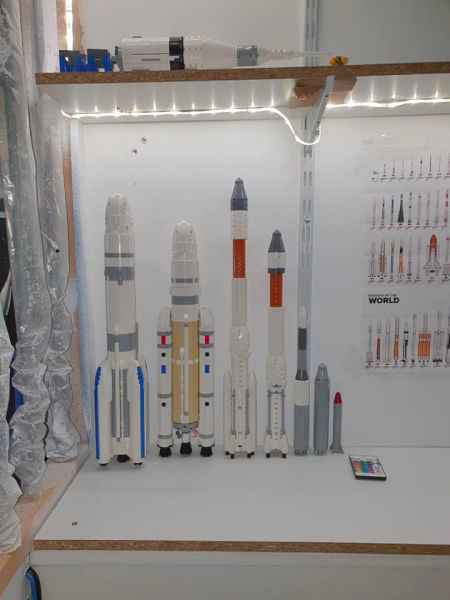 Because he couldn’t find ready-to-build kits in stores, Nicolas began building his own launchers. He first worked on models of Diamant rockets (forerunners of the Ariane launchers), then went on to build an Ariane 4 model. From there, his collection has grown and grown.

Nicolas tells us that his creative process varies a lot: “My main initial research is based on photographs.” The next phase involves scale calculations and necessary size-related decisions. Then comes virtual modeling, just like for a real launcher. “I use Studio software. I spend a lot of time on this modeling phase,” he adds. 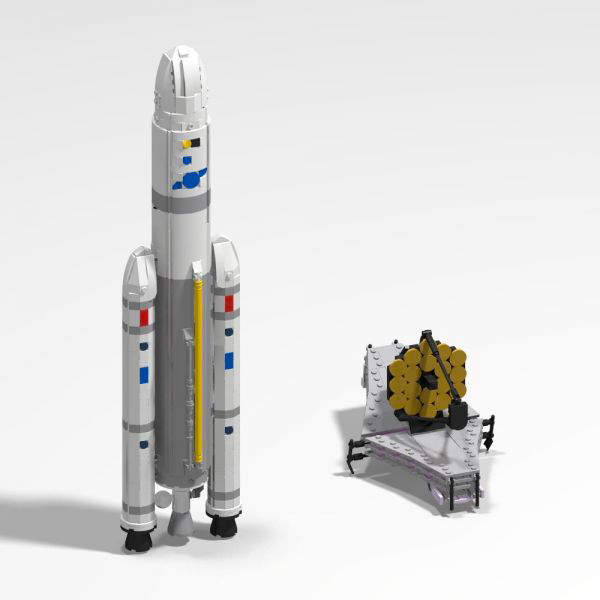 Yann tells us that he doesn’t create from scratch but rather replicates existing models. Nevertheless, he says, “construction is a subjective process. I adapt certain details to come closer to real life.” He is quite a craftsman: he works with the pieces he happens to have at hand, whatever their color, building, undoing, and re-building until he is happy with the model, and then orders Lego pieces in the specific colors to rebuild the final result. This entails hours of trial and error and pages of notes.
He admits that “my launcher models are never really ‘finished’; they vary according to my techniques and new Lego pieces that become available.”

Pascal says that, despite the hours he spends on it, he sees his activity as a hobby. He never sets a completion deadline, nor does he keep track of time. When he begins work on a specific model, he tries to find as many photographs, plans, and diagrams as possible. He might use existing launchers as a starting point “by overlapping official drawings and Studio screen shots.” This helps him to obtain a scale for the upper stage and the boosters. Designing a model takes time, but so does drafting the instructions manual. “You have to keep in mind the order of building steps.”

All three collectors are extremely detail-oriented. Nicolas has even build an Ariane 5 launcher together with a tiny James Webb Space Telescope. Don’t be fooled by its minute size – the 3D modeling phase for such an object entailed many hours of work. His most time-consuming project, however, was the construction of the ELA 1 launch pad in Kourou, French Guiana, for which he spent well over 10 hours on his computer. 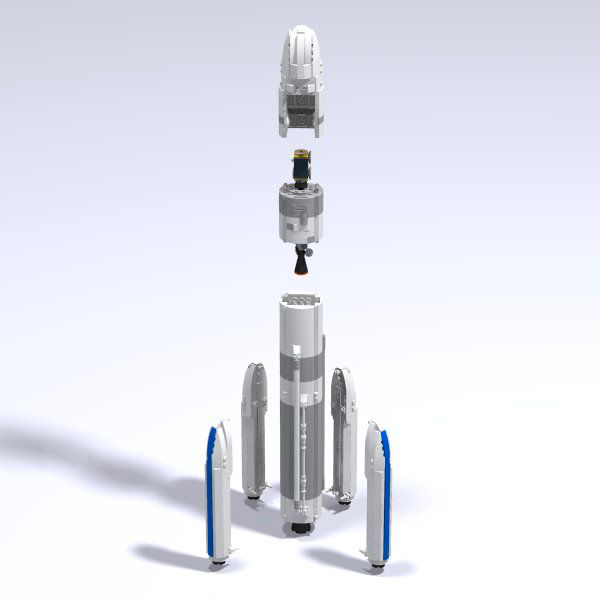 But it’s the final phase, the actual Lego building, that is the most satisfying. Nicolas explains further: “It’s quite fast (about three hours for 1,000 pieces), but it might bring to light modeling issues; then I have to go back to the third phase.” 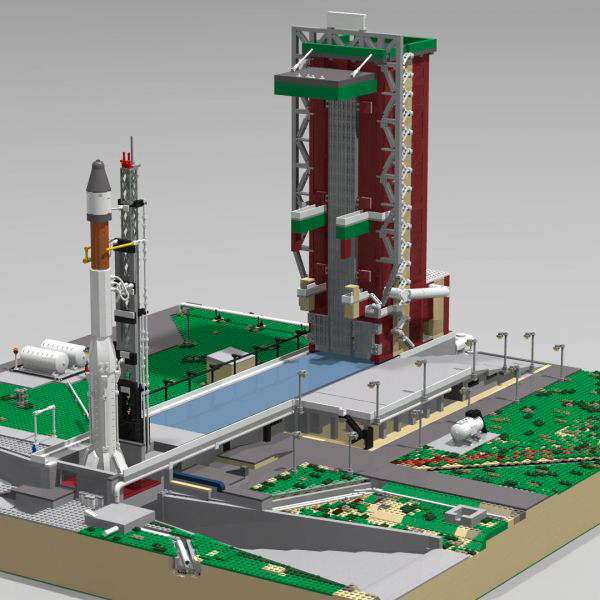 Nothing daunted, he adds: “I’m currently working on the modeling phase of the ELA 4 launch pad. It’s a vast project with thousands of pieces. I would also love to work on older space vehicles, and on future ArianeGroup launchers.”

The history of ArianeGroup also inspires Yann: “This year, my projects include the Ariane 44L and the Ariane 5 ECA.” They have sentimental value for him. “They are part of my first memories of space events, when I used to watch rocket take-offs with my dad.” 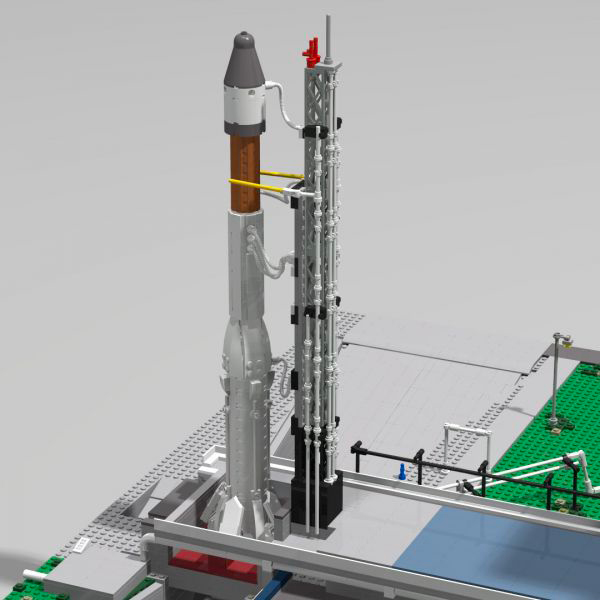 We also asked him what inspires him about ArianeGroup today. “I did an internship at Aérospatiale (ArianeGroup’s predecessor) in Les Mureaux a long time ago. I’ve always been particularly attached to the company, and I like the aesthetic appearance of their launchers. I even have several themed objects (posters, keyrings, etc.).” 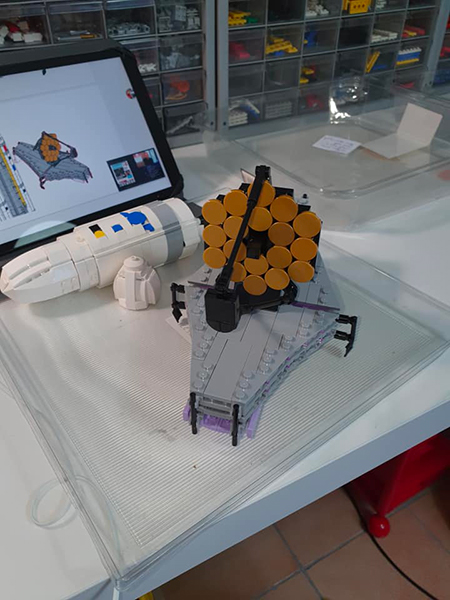 Asked which is his favorite Ariane launch, Nicolas has no doubts. “The recent James Webb Space Telescope mission!”

We are looking forward to seeing more of their Lego Arianes! Maybe you too feel inspired to build your own Ariane launchers, solo or with your kids.

And if you would like Lego to bring out an Ariane 5 set, you can vote for the project (started by a space fan). There are six months to collect the final 5,000 votes necessary before going on to be assessed by the LEGO Ideas panel! 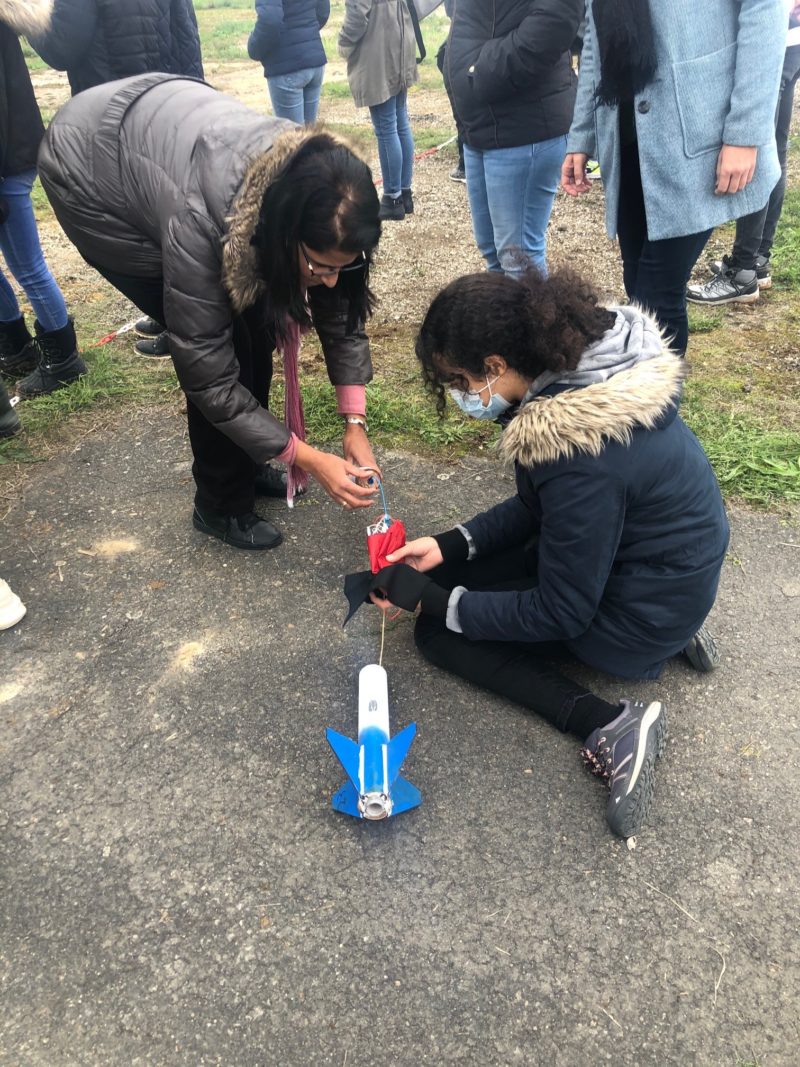 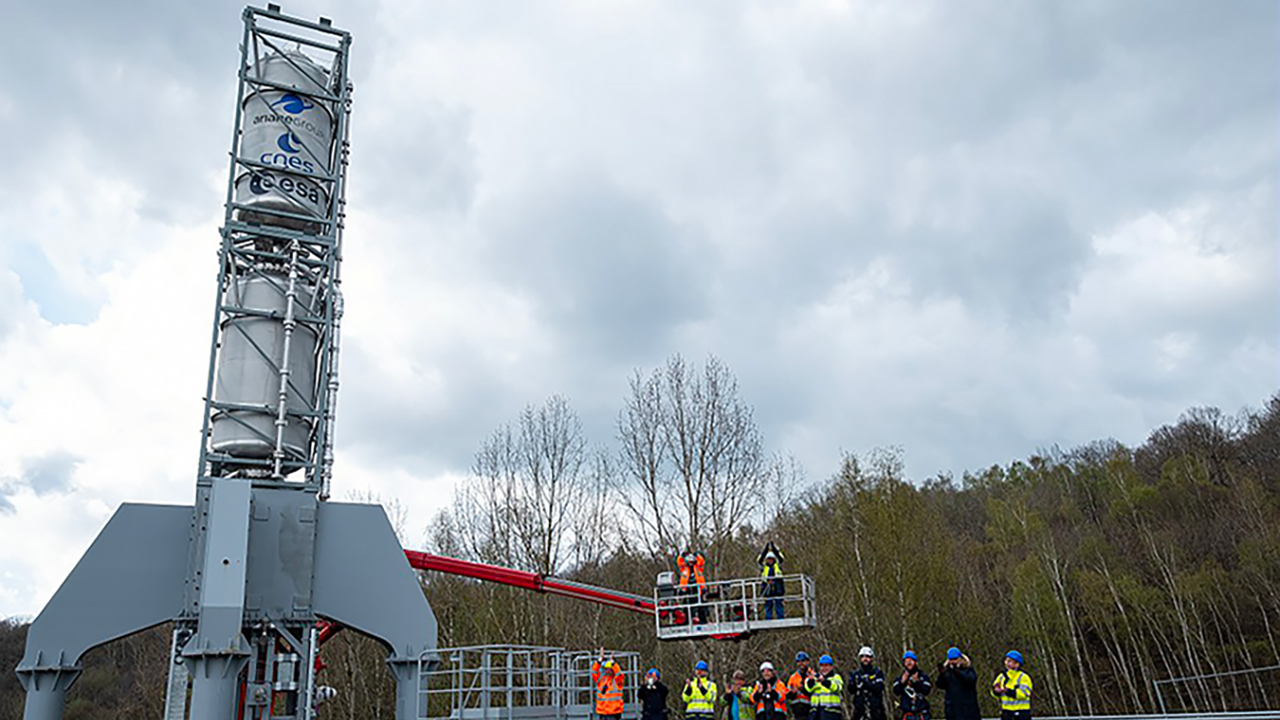 Ariane news Themis and Prometheus ready to blaze a trail