In this latest chapter of book recommendations by our engineers, we offer a selection of science fiction books that focus on lunar exploration.

From time immemorial, the Moon has enthralled fiction writers. It is fascinating, however, to observe how the focus of lunar topics has shifted over time, especially as access to space has evolved.

During the early 20th century, authors wrote about landing on the Moon and about what was in store for those who did. 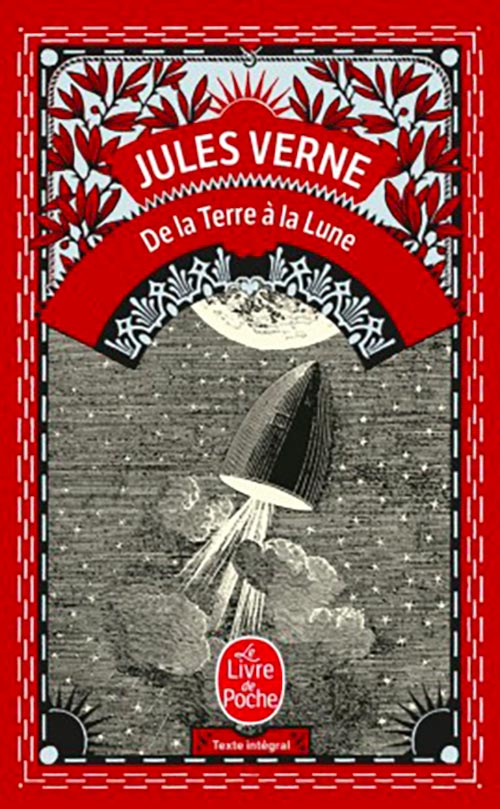 It would be unthinkable to begin this list without including one of the greatest sci-fi writers of all time. From the Earth to the Moon, Jules Verne’s fourth novel from The Extraordinary Voyages Collection, tells the story of a gentlemen’s club and its members’ attempt to build Columbiad, a giant space cannon which would send three persons to the Moon in a projectile-vehicle.

Although the idea of such a cannon might seem laughable nowadays, the author’s painstaking effort to include numerous technological and scientific details is nonetheless noteworthy. Verne calculated the craft’s flight-path angle and velocity, and set out notions of solar sail theory and interplanetary travel. One thing is certain: the French visionary succeeded in capturing humans’ fascination with the Earth’s satellite. 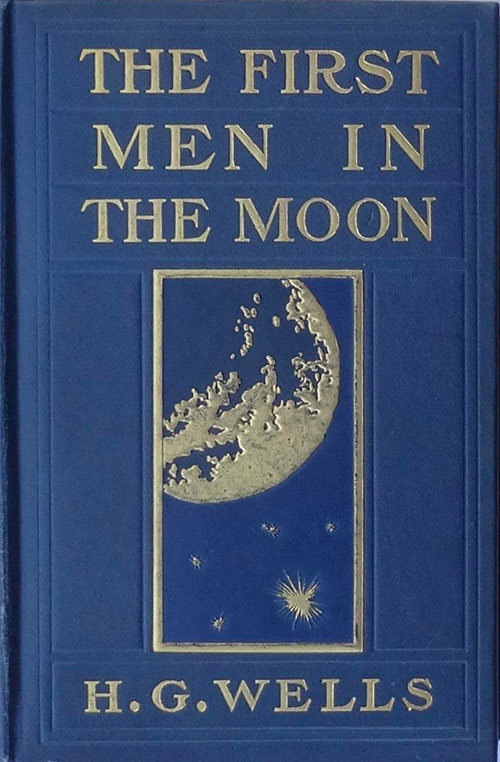 Another pioneer of the times and the author of The Invisible Man, H.G. Wells was also eager to take readers to the Moon. Devoid of cannons and calculations, Wells’ story focuses on the discovery of an antigravity material called cavorite, which makes it possible to propel a steel sphere to the lunar orb. The story’s protagonists are budding astronauts Bedford and Cavor. Upon landing, the duo meets the Selenites, an intelligent insectoid species who live beneath the lunar surface, and wear helmets and goggles. Wells’ story synopsis is reminiscent of Offenbach’s opera, which you will remember from our previous article. 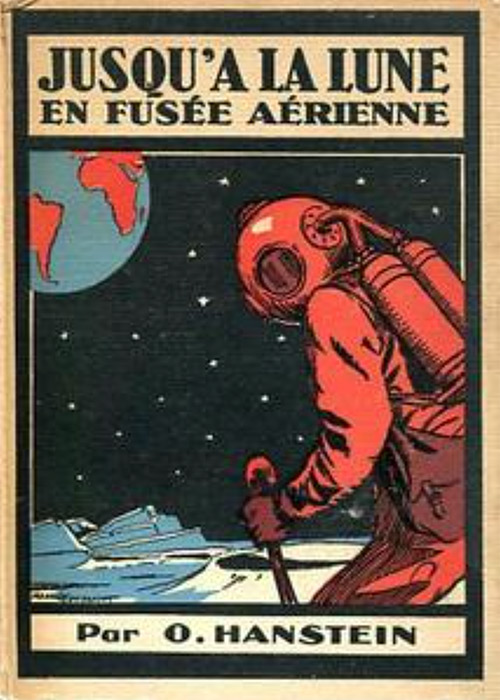 Between Earth and Moon by Otfrid von Hanstein (1929)

In Germany, many modernist narratives are devoted to the dream of lunar travel (see our previous article about The Rocket to the Moon by Thea von Harbou, and its film adaptation. Von Hanstein’s book introduces readers to engineer Waldemar Apel, who builds a rocket and plans to travel to the Earth’s stratosphere and back with pilot Dr Egbert Helmouth. The day before the launch, however, three overly inquisitive reporters cause the rocket to accidentally take off; two of them become stranded in space.

In the 1950s, sci-fi authors used Earth’s satellite as a setting for political tensions that resemble those on our home planet. 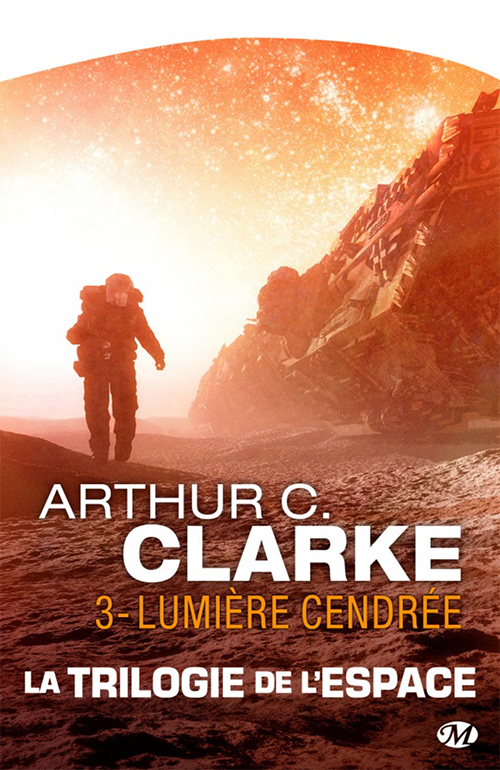 The plot takes place in the 22nd century. Political tensions between Earth and an outer space planetary Federation result in a fight over control of natural mineral resources abundant on planet Earth. An Earthling agent is sent to a large lunar observatory, part of Earth’s territory, to uncover a spy who is supposedly leaking information to the Federation.

What specially intrigues us about Clarke’s book is his input as a physicist. He provides a wealth of scientific data about the Moon’s atmosphere and gravitational field, almost as if he was setting out the premises for a genuine lunar mission.

At this point, we know how to get to the Moon and what to expect. The focus is now about mining and using its resources. Writers have a “down to earth” approach and imagine extremely rugged conditions for the first lunar expats. 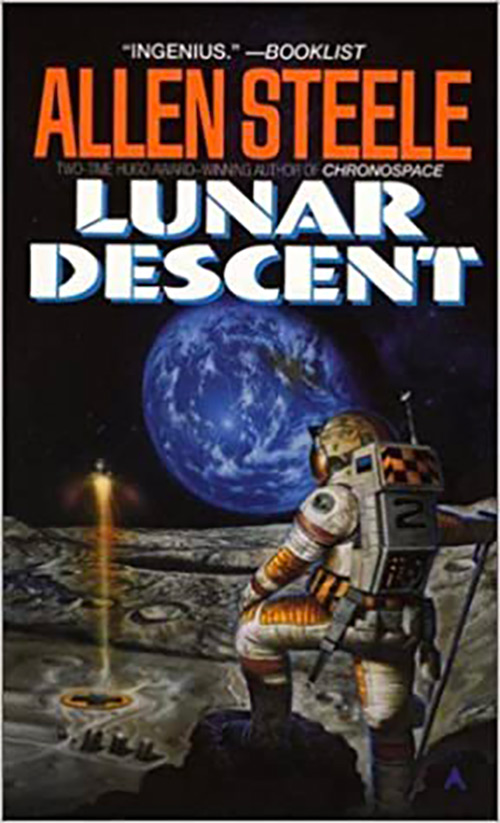 Welcome to Descartes Station, a mining operation that extracts resources from the lunar surface. The plot thickens as workers are forced to deal with a new production manager who intends to enforce rules and ensure compliance with higher quotas. 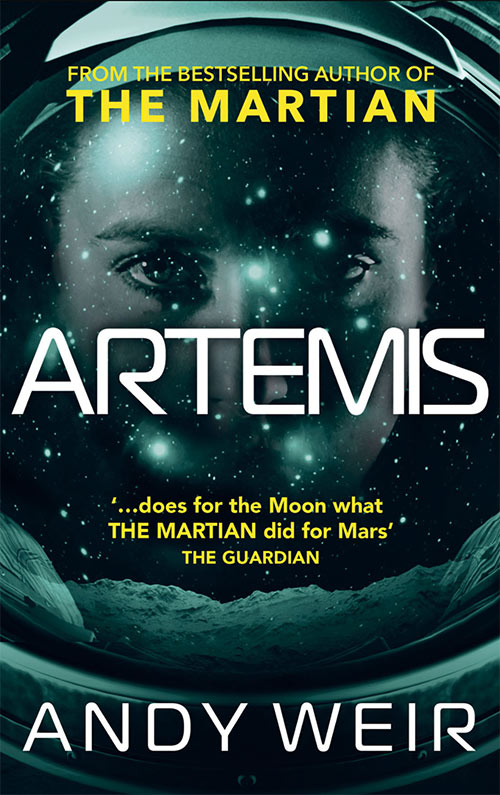 Among contemporary authors, Andy Weir has already delighted us with The Martian. This time, his story is set in Artemis, the first and only lunar city and luxury tourist destination. Jazz Bashara works as a delivery woman with a sideline in smuggling to pay off her debts. Her life changes when she is offered the chance to commit the perfect crime for a price she can’t afford to turn down. As in his previous novel, we admire Weir’s attention to detail and his keen interest in engineering.

The books on our list are sure to spark your curiosity. Furthermore, they are based on the real difficulties of landing and living on the Moon, and mining its resources. We might, however, need to rely on the next real-life lunar missions to imagine utopian futures on our neighbour satellite. In the meantime, the Moon continues to enthral ArianeGroup engineers.

Read more about it in the following articles: 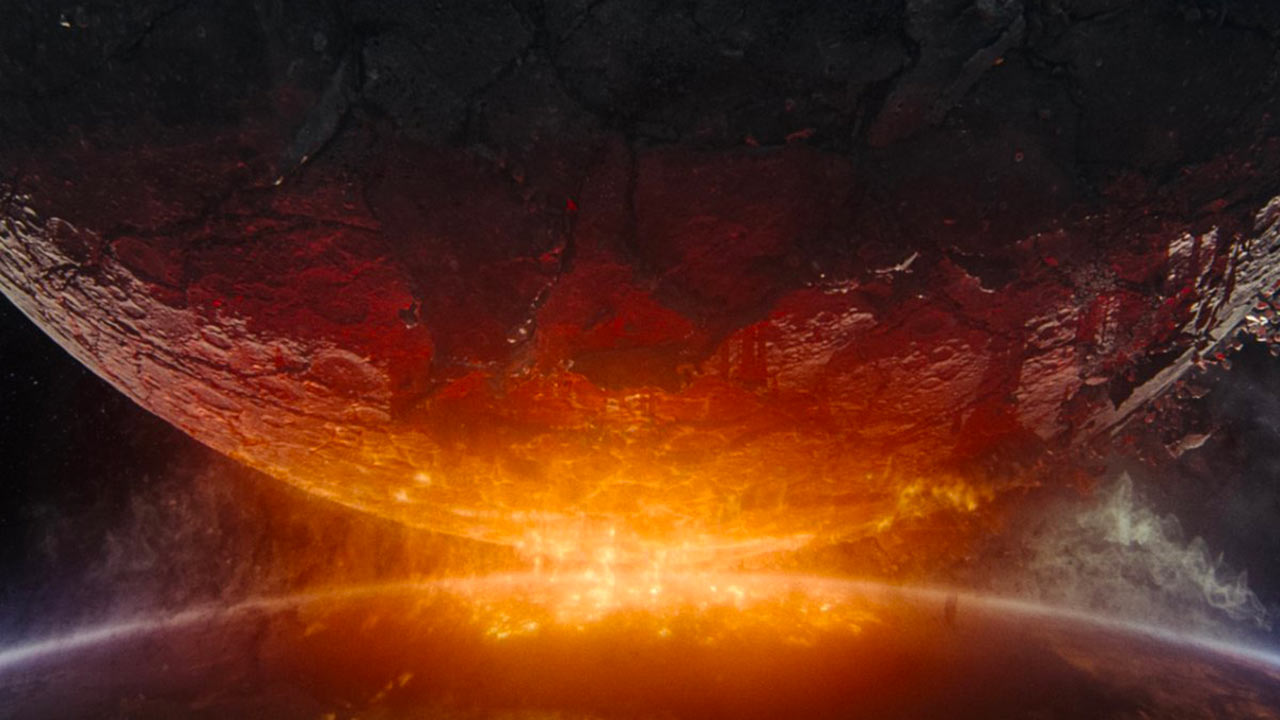 Space Inspiration Our engineers change the ending of Moonfall 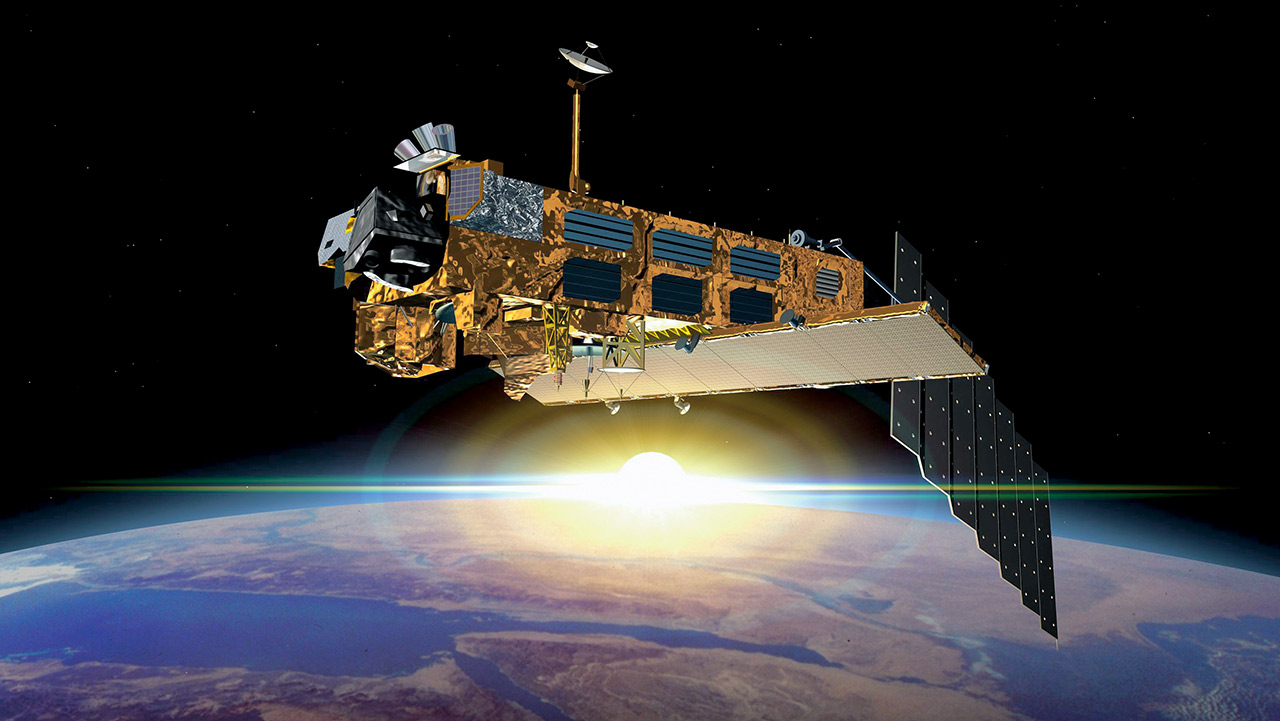