The 2020 Pint of Science festival in September was once again partnered by ArianeGroup. Read on to learn more about these three days of science online.

In the current context, the science festival usually organized in bars and pubs in many countries and hundreds cities was this year held entirely online and live.

Each country taking part in the digital format was responsible for organizing interactive conferences during which scientists and science communicators presented various topics and answered questions posed by the audience.

* One of the posters for this year’s festival

From ‘Tech Me Out’ and ‘Planet Earth’ to ‘Our Body’, ‘Our Society’ and ‘Beautiful Mind’, all areas of science were represented this year in different categories. ArianeGroup took part in the ‘Atoms to Galaxies’ category with two conferences on space propulsion.

Pathway to the stars

Lionel Cariès, ArianeGroup propulsion engineer in Vernon, France, got the ball rolling by explaining the various challenges involved in an Ariane launch, particularly in terms of precision, since each launch aims for a precise orbit, and high reliability to protect the payload throughout the flight.

He talked about innovations such as 3D printing and the Prometheus® engine, and, while answering questions from the online audience, Lionel explained just how thrilling each launch is, especially when you feel the Earth shake! Stars were definitely sparkling in everyone’s eyes that night. 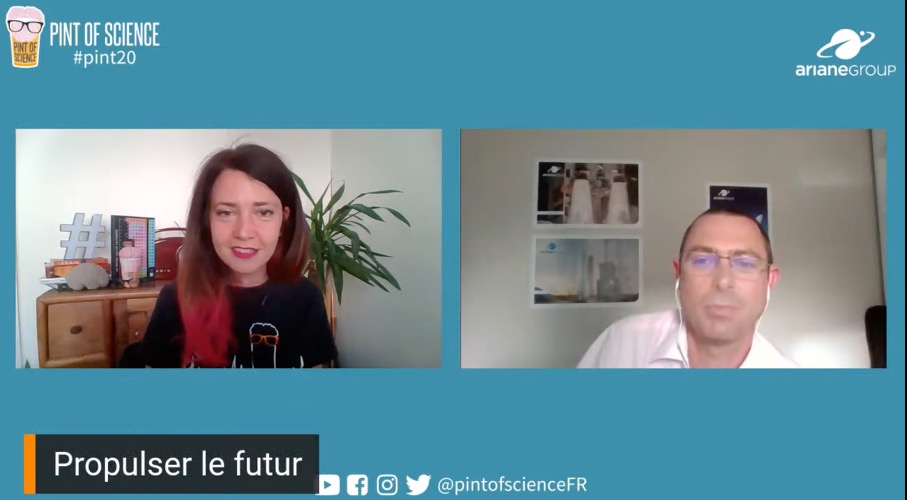 Propulsion of today and tomorrow

Then on Wednesday, Sebastian Soller, ArianeGroup propulsion engineer in Ottobrunn, Germany, took over and described the various steps involved in producing an ArianeGroup engine. From design to manufacturing, through to testing and ignition, a whole spectrum of expertise is required in our industry. Quality is the watchword throughout the entire production process. 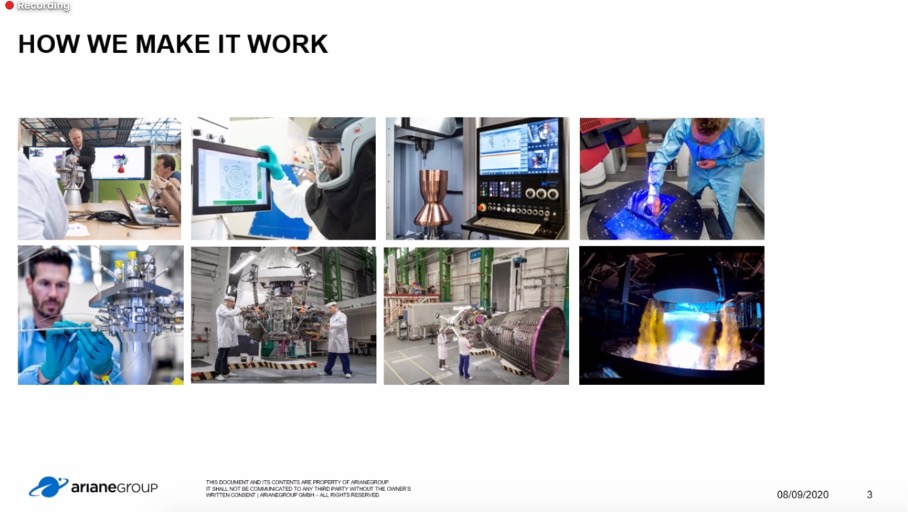 The last day of the festival is always a great moment with various versions of the traditional quiz rolled out in the different countries. On Pint of Science Germany and France, the online audience responded live to questions from science communicators, with a view to winning prizes, particularly some ArianeGroup goodies.

Our Twitter followers were also able to do the quiz in English. 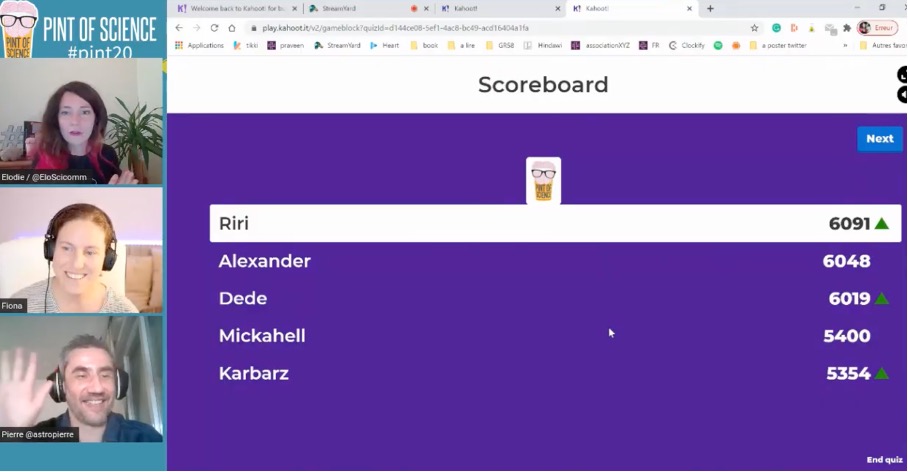 In Germany, quiz was particularly well attended, drawing participants from a wide range of countries, much to the pleasure of the organizers and the public. 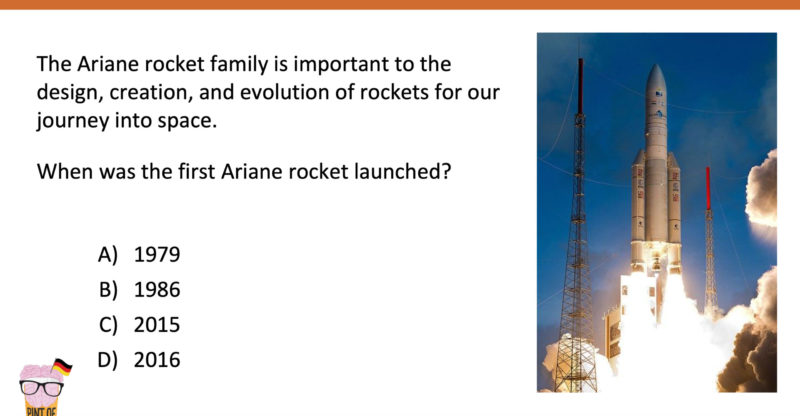 * The illustrated German quiz of Pint of Science DE

In short, it was a great festival despite the challenges of organizing it online. Pint of Science 2020 was over in a flash, with barely enough time to say ‘Lift-off’! 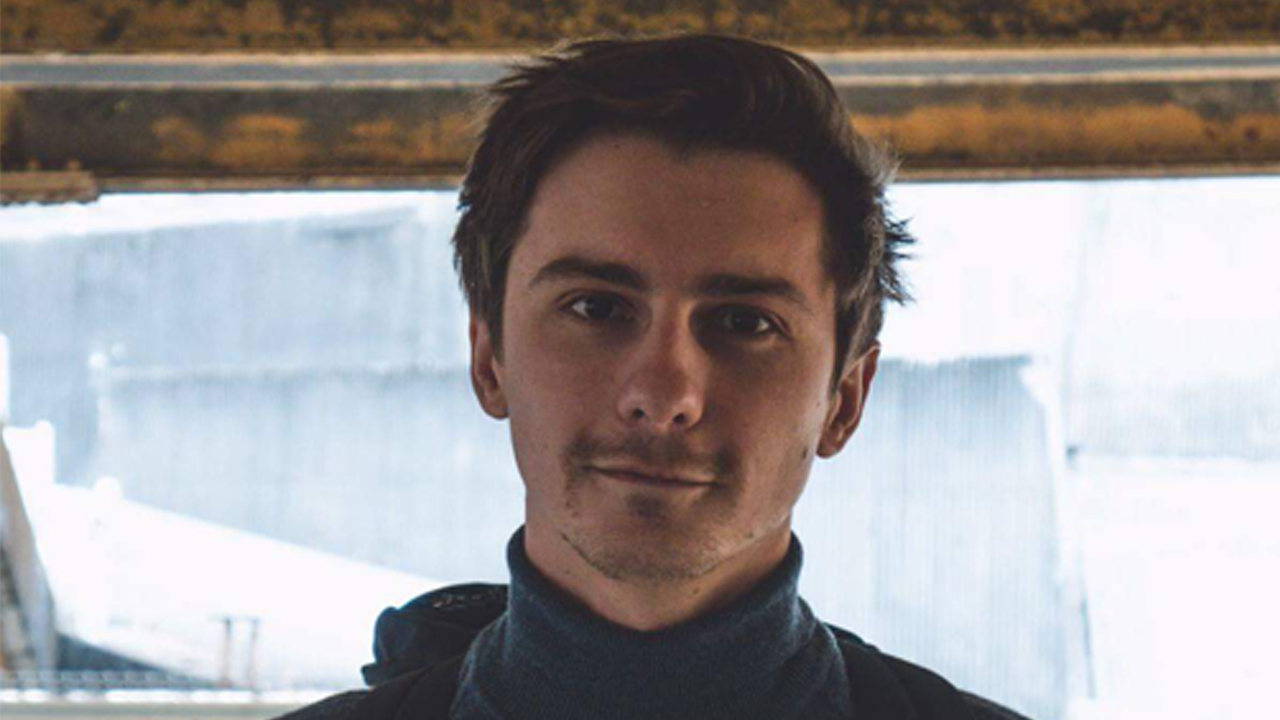 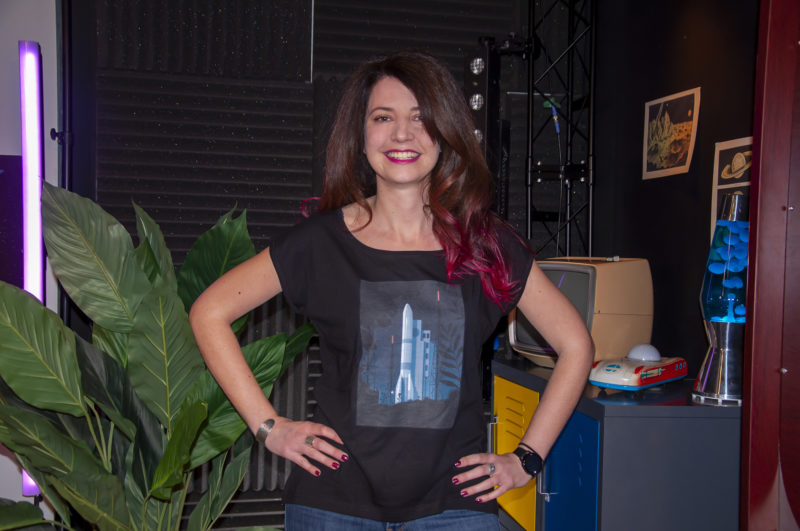 Space Inspiration [ITW] Interview with Élodie Chabrol: Raising a glass to celebrating science at the Pint of Science festival, 7–9 September