The BepiColombo mission launched by Ariane 5 on 19 October 2018 has just passed a crucial milestone along its journey.

Between 1 and 2 October last, the ESA and Jaxa BepiColombo mission celebrated its third launch anniversary slightly ahead of time by making its first fly-by of Mercury, the planet around which the probe will be orbiting in 2025. 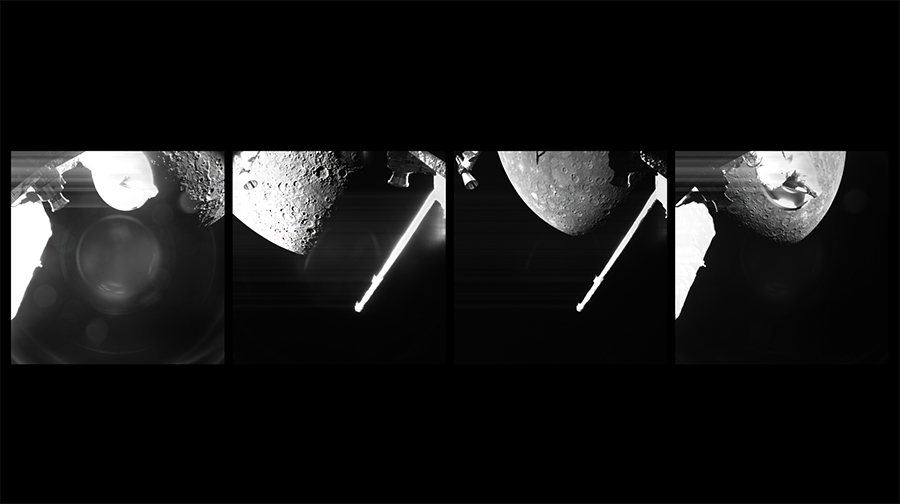 This mission, with its complex trajectory, was the first to benefit from the thrust increase of the Vulcain 2 engine (+2.25%), decided on as part of the performance boost for the European Ariane ECA launcher. This was a particularly useful innovation in helping BepiColombo achieve “escape” velocity, which is the minimum speed needed to escape Earth’s gravity and the inject probe into a solar orbit, at a cruise speed of about 120,000 km/h.

The journey of more than 100 million kilometers, which began three years ago, will last for a further four years before reaching its final orbit. The probe launched by Ariane 5 from Kourou first of all twice used Earth and Venus to speed it up on its journey to Mercury. The fly-by a few days ago is the first of six “gravity assists” (slingshot effect) which will now help BepiColombo slow down and then remain in orbit around Mercury. 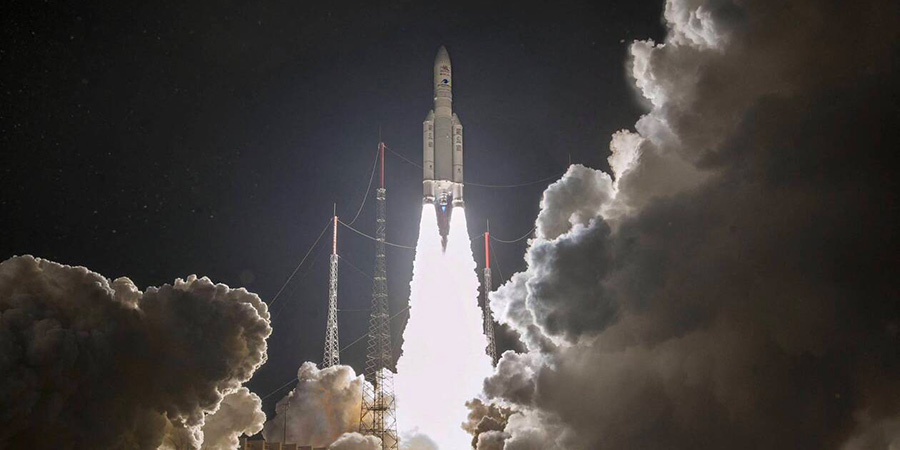 This fly-by delighted both the teams and the entire space community, and “Bepi” – as the probe is fondly known by its fans – was able to take a few snapshots and start recording some scientific data. 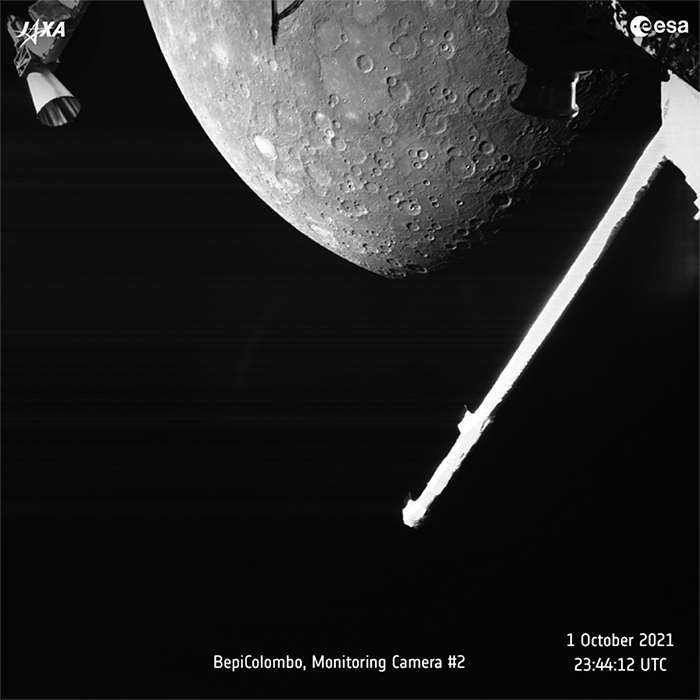 The asteroid impact craters giving Mercury its moon-like appearance stand out particularly starkly in the light and shade of the planet, which also has the most craters of any planet in the Solar System. However, make no mistake, the history of this planet is probably very different from that of our natural satellite. The initial theory adopted by researchers is that Mercury used to be far larger and that a giant impact could have ejected most of its rock. 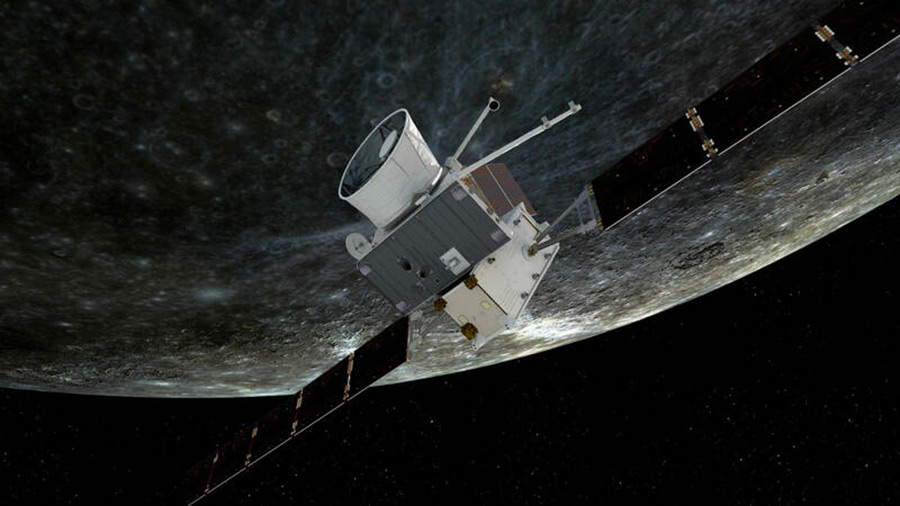 Once it arrives, the mission will be able to study the planet from every angle (magnetic field, exosphere, surface), to gain a clearer understanding of the formation and life of a planet so close to its star (only 46 million kilometers away!). ArianeGroup is proud to have been able to launch such a productive mission, which will continue to excite us until 2028. 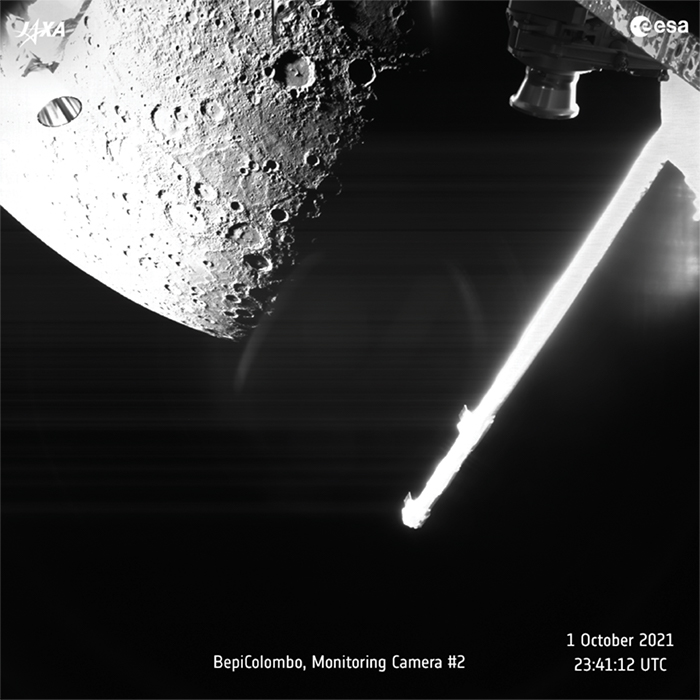 Mercury does not have the equivalent of our Moon’s bright, ancient highlands: its surface is dark almost everywhere and was formed by vast outpourings of lava billions of years ago. These lava flows bear the scars of craters made by asteroids and comets crashing onto the surface at speeds of several tens of kilometers per second. The floors of some of the oldest and largest craters have been flooded by more recent lava flows and there are also more than a hundred sites where volcanic explosions have burst through the surface from below.

BepiColombo will explore these aspects to help us better understand this mysterious planet, using the data collected by NASA’s Messenger mission. It will address questions such as: Which volatile substances transform violently into gas to feed the volcanic explosions? How did Mercury retain these volatile substances if most of its rock has gone? How long did the volcanic activity last? At what rate does Mercury’s magnetic field change?

BepiColombo’s main scientific mission will begin in early 2026. It is using a total of nine planetary fly-bys: one of Earth, two of Venus and six of Mercury, plus its own solar electric propulsion system, to help it reach Mercury’s orbit. Its next overflight of Mercury will be on 23 June 2022. 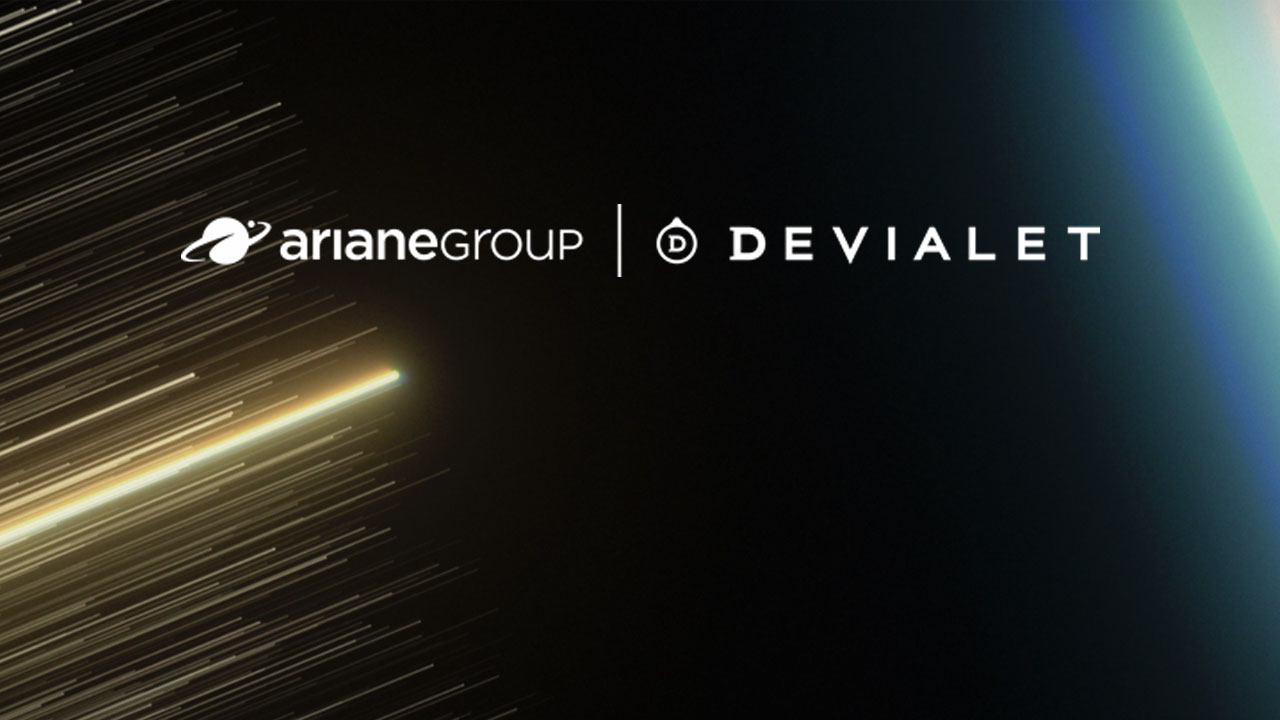 Press release This launch is going to make some noise 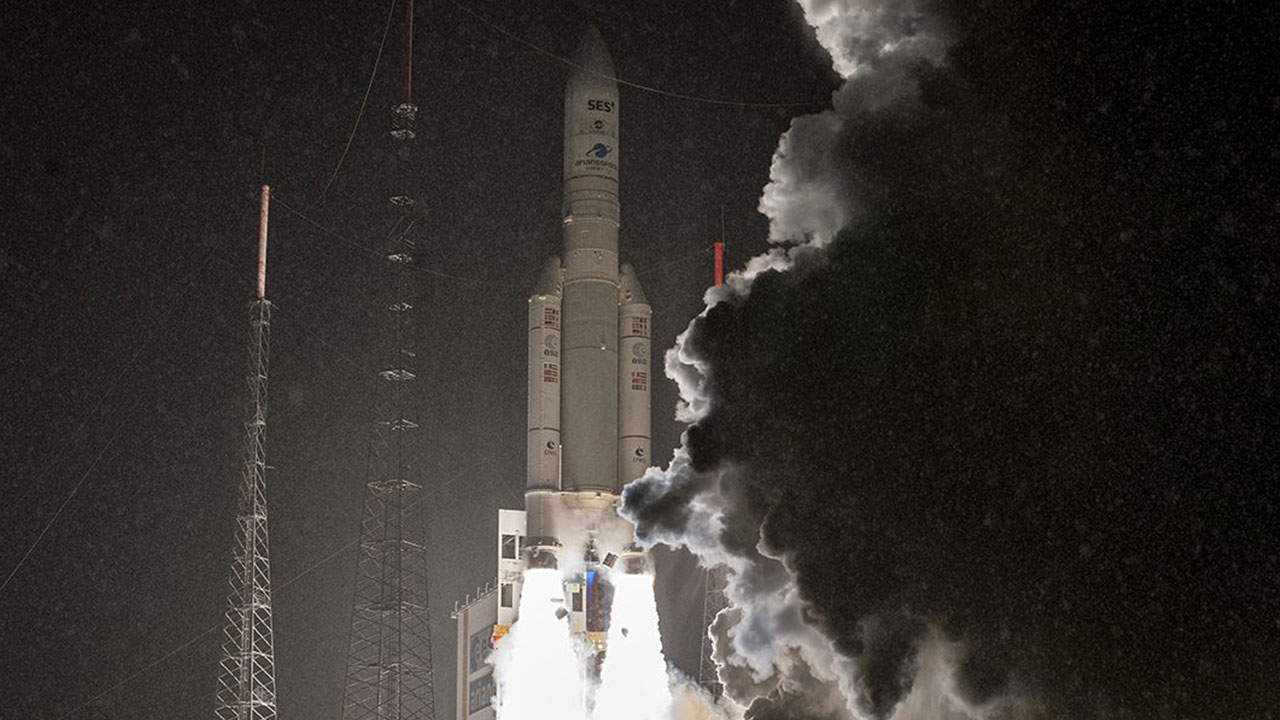 Press release OPERATED BY ARIANESPACE FOR THE BENEFIT OF SES AND THE FRENCH MINISTRY OF THE ARMED FORCES; ARIANE 5 VA255 FLIGHT IS THE HIGHEST PERFORMING EVER LAUNCHED TO GEOSTATIONARY TRANSFER ORBIT