For its first launch of the year, Ariane 5 successfully completed its mission from the European space port of Kourou (French Guiana) for the 77th consecutive time, placing two telecommunications satellites in geostationary transfer orbit (GTO).

The launch performance achieved by this Ariane 5 ECA was 10,450 kg in GTO (of which 9,569 kg was accounted for by the satellites). The launcher improvement program enabled the inclination angle to be reduced to 4° in order to minimize the energy the satellites need to reach their final orbit.

“I must congratulate the teams at Airbus Safran Launchers and of course those at Arianespace for this first success of 2017, a year which will include six more launches. Together and working more closely than ever, we will continue regularly to improve the performance of the launcher for commercial satellite operators and institutional customers. In an increasingly competitive market, our aim is to make the Ariane 5 launch system even more efficient and competitive,” declared Alain Charmeau, CEO of Airbus Safran Launchers, from Kourou. “I also wish to thank the European Space Agency and CNES for their confidence and their unfailing support”.

Operational in the field of commercial launchers since 2015, Airbus Safran Launchers was definitively completed on 1 July, 2016 and became the 74% majority shareholder of Arianespace on 31 December 2016. This new governance makes possible an overall approach to market needs from launcher design and construction up to commercialization, thus reinforcing industrial efficiency and operational flexibility for the benefit of Arianespace’s customers.

Ariane 5 is the spearhead of European know-how and one of the most wide-ranging and ambitious space programs in the world. Its flexibility enables it to transport heavy payloads into low Earth orbit, several satellites into medium Earth orbit or, as it is the case today, one or two satellites into geostationary transfer orbit with an optimized lifetime. 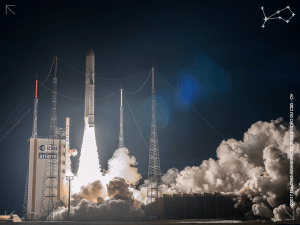 Airbus Safran Launchers is lead contractor for the Ariane 5 launchers. The company coordinates an industrial network of more than 550 companies in 12 European countries (including more than 100 Small and Medium Enterprises). Airbus Safran Launchers oversees the entire industrial chain, from management of launcher performance upgrades, to production management, to final adjustment with supply of the mission flight software and, from now on, its marketing through Arianespace. This chain includes equipment and structures, engines manufacturing, integration of the various stages and finally launcher integration in French Guiana.

Airbus Safran Launchers is also industrial lead contractor for Europe’s future Ariane 6 launcher, which is scheduled for a first flight in 2020 and which will replace Ariane 5 in about 2023.

The Airbus Safran Launchers group develops and supplies innovative and competitive solutions for civil and military space launchers, with expertise in all aspects of state-of-the-art propulsion technologies. Airbus Safran Launchers is lead contractor for Europe’s Ariane 5 and Ariane 6 launcher families, responsible for both design and the entire production chain, up to and including marketing by its Arianespace subsidiary, as well as for the missiles of the French oceanic deterrent force. The Airbus Safran Launchers group and its subsidiaries enjoy a global reputation as specialists in the field of equipment and propulsion for space applications, while their expertise also benefits other industrial sectors. The group is a joint venture equally owned by Airbus and Safran, and employs nearly 9,000 highly qualified staff in France and Germany. Its estimated proforma revenues exceed 3 billion euros. 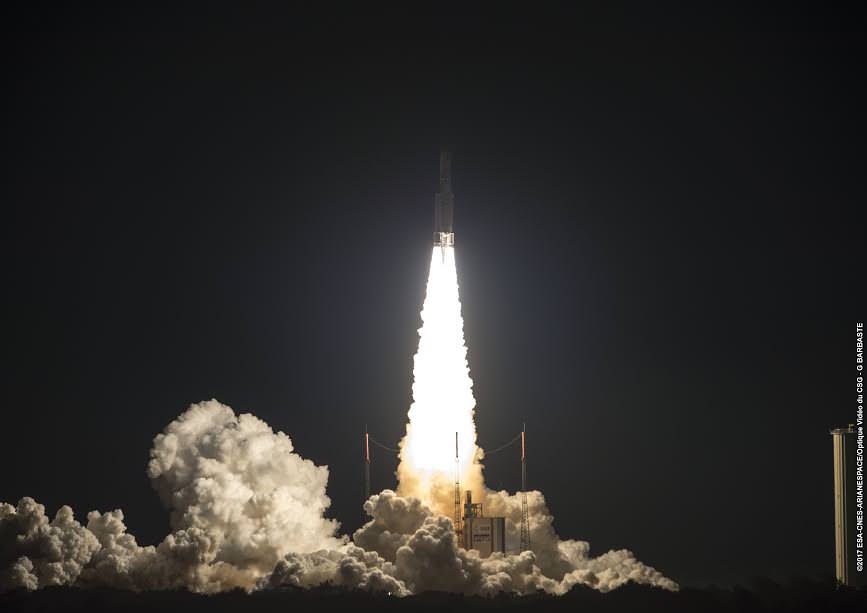