On Tuesday, December 13, 2022 at 05:30 pm local time, an Ariane 5 launcher, operated by Arianespace, successfully lifted off from Europe’s Spaceport in Kourou, French Guiana, carrying the MTG-I1 meteorological satellite and the Galaxy 35 and Galaxy 36 telecommunication satellites. 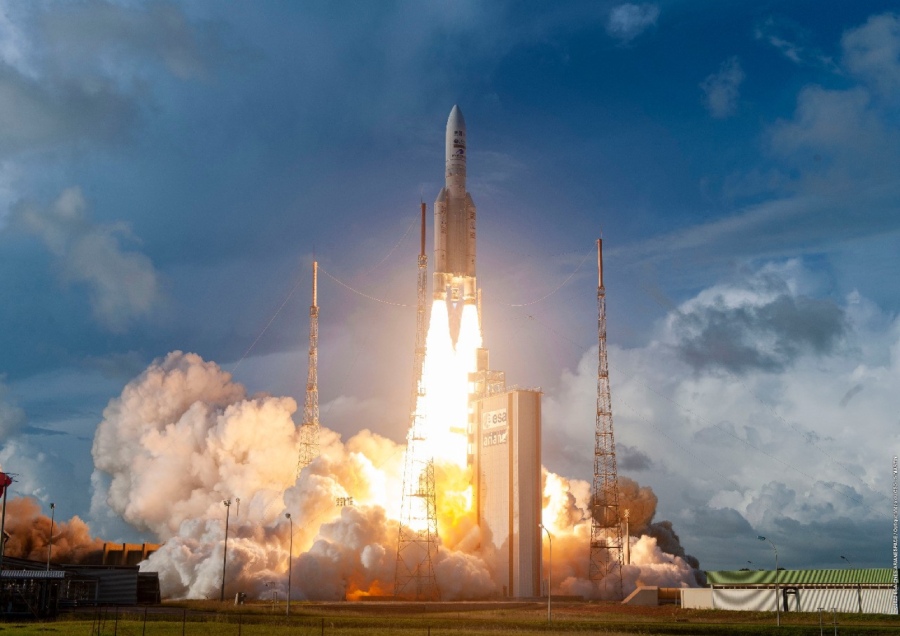 This is the third time in its career that Ariane 5 has performed a triple launch. In delivering 10,972 metric tons to geostationary orbit, Ariane 5 achieved its second highest record (the highest being the October 2021 launch of Syracuse A4 and SES-17). The Ariane 5 launcher was adapted for this mission to accommodate three satellites under its fairing. This triple configuration is made possible by an extension cylinder and a long fairing, increasing by 20m3 the available space for the satellites.

After this mission, there are just two Ariane 5 launches left, one of which is the European Space Agency’s Jupiter Icy Moons Explorer (JUICE) mission, and then Ariane 6 will take up the baton, supporting Europe’s institutional missions and meeting the growing requirements of the commercial market.

The Ariane 5 heavy-lift launcher is a European Space Agency program carried out in cooperation between public institutions and industry across 12 European partner countries.

ArianeGroup is the lead contractor for Ariane 5 development and production, as well as being responsible for launcher preparation operations up to lift-off.