The 229 th mission of the Ariane 5 launcher, successfully placing the Eutelsat telecommunication satellite EUTELSAT 65 West A in its geostationary transfer orbit, took place today from the European spaceport in Kourou, French Guiana.

Launch performance was 6,707 kg (of which 6,564 kg was the actual satellite) to geostationary transfer orbit with an inclination of 0.5, thus optimising the lifetime of the satellite. This was the 8th launch of an Ariane 5 with Airbus Safran Launchers as lead contractor, in coordination with the teams from the parent companies, Airbus Defence and Space and Safran. For the second time this year, Airbus Safran Launchers has again demonstrated its ability to meet the needs requested by Arianespace to satisfy one of its main customers, adapting the launcher in record time to carry out an atypical single-satellite launch. The Ariane 5 ECA is optimised for dual satellite launches.

The results obtained will be analysed by the European Space Agency (ESA), which financed this work with the support of Airbus Safran Launchers.

Airbus Safran Launchers has been the prime contractor for the Ariane 5 European launcher, one of the largest and most ambitious space programmes in the world, since January 2015. Building on the expertise of the Airbus and Safran groups, the company oversees an industrial network that brings together more than 550 companies (more than 100 of which are SMEs) in 12 European countries. Airbus Safran Launchers manages the entire industrial supply chain, which ranges from production of the launcher to its final configuration including providing flight software for the mission. This chain includes the equipment and structures, manufacture of the engines, integration of the different stages, and then integration of the launcher in Guiana. Representing cutting-edge European expertise, the Ariane 5 demonstrates its flexibility to inject heavy payloads into low orbit, two satellites into geostationary transfer orbit, one satellite optimising its lifetime, or several satellites into medium orbit.

Airbus Safran Launchers is also the prime contractor for the future European launcher Ariane 6, whose maiden flight is scheduled for 2020 and is expected to replace Ariane 5 in 2023, proposing an expanded flight envelope and a wider range of missions for a significantly lower price.

“As with the previous launch, today’s mission has been facilitated by the creation of Airbus Safran Launchers which, with Arianespace, enables us to improve how we anticipate requirements to adapt efficiently the production of the Ariane 5 launcher, and thus find the best win-win solution for the end customer, for Arianespace, and for all the companies involved in manufacturing the launchers,” explained Alain Charmeau, CEO of Airbus Safran Launchers. 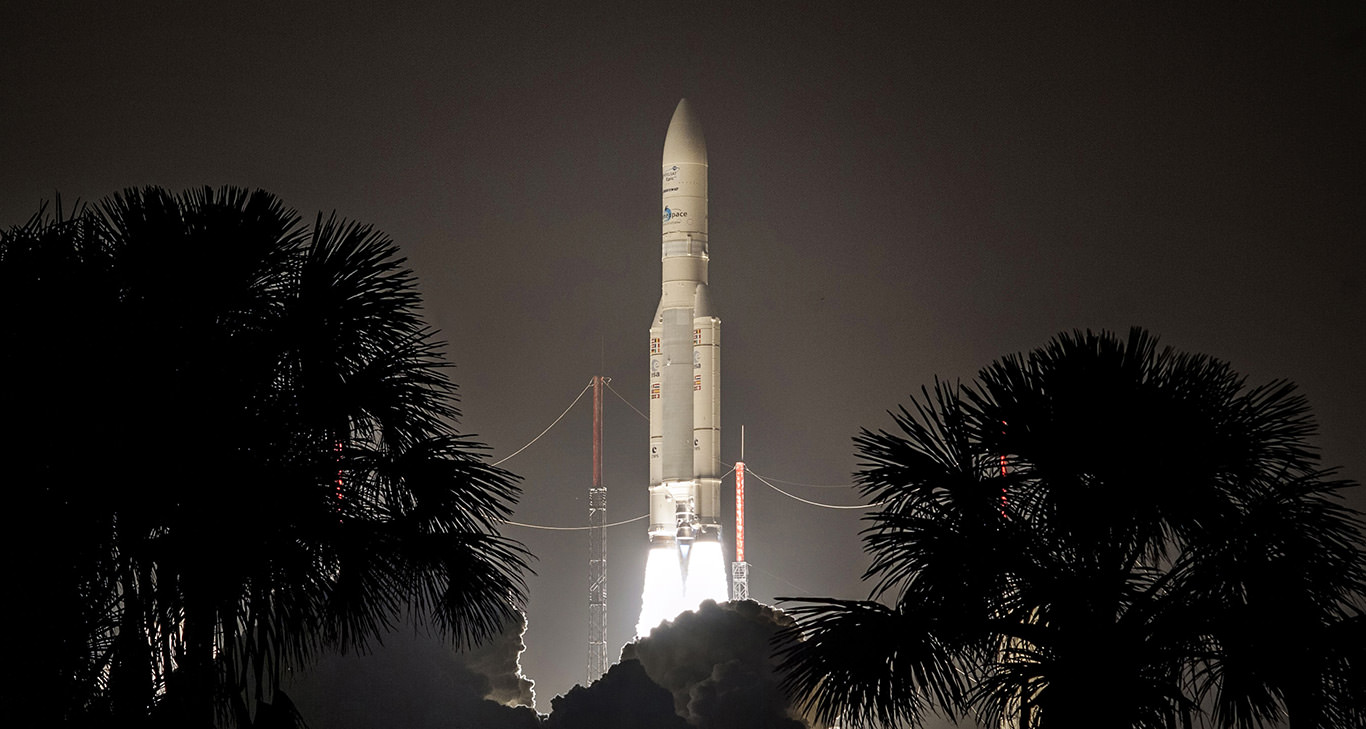