For many years, ArianeGroup has provided support for education-based space projects, as an industrial mentor, patron or partner. As the academic year comes to a close, we would like to give you an overview of five university projects that the space company has partnered with.

At the Delft University of Technology in the Netherlands, DARE (Delft Aerospace Rocket Engineering) is one of the leading amateur rocketry teams in the world. Since 2007, 170 engineering students have been working on an ambitious project: the STRATOS launcher. In 2009, the club achieved their main goal, to beat the European altitude record for amateur rocketry, with their 12.3 km launch.

Twelve years later, the project team is working on the fourth version of STRATOS, whose design was inspired by ArianeGroup launchers. In September, after three years of development and unexpected challenges, the STRATOS IV team will travel to Spain to assemble their rocket and conduct final tests before their scheduled October launch.

Ever aspiring to greater heights, the students had planned to travel past the Kármán line, in other words reach outer space. For safety reasons, however, and due to lack of air space, they will have to settle for breaking the world record for altitude. We wish them the best of luck! 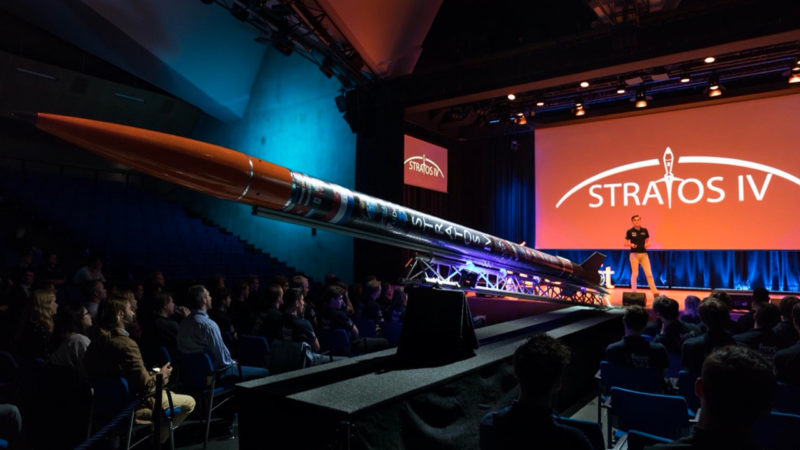 Exploring the future of space economy

In 2019, as space-related commercial opportunities are rapidly emerging, ArianeGroup and the European Space Agency (ESA) partnered with French business school HEC Paris (École des Hautes Études Commerciales), to establish an academic chair: Exploring the Future of Space Economy. Its main focus is to analyse the European space industry’s place in society in order to determine the sector’s economic prospects.

Through applied research, the ArianeGroup, HEC Paris and ESA initiative aims to identify and examine long-term trends in the space sector. ArianeGroup has commissioned the school to conduct a study; results will be published in September 2021.

At aerospace engineering institute ISAE-SUPAERO in Toulouse, France, the SCube student club is tackling a complex challenge: to design and test Griffon, an engine for their own experimental launchers. Initially an independent project, Griffon is part of Æther, a larger project that aims to integrate the engine demonstrator in a supersonic launcher.

Since 2018, SCube, also known as Supaero Space Section, has been developing a hybrid-propulsion engine that uses solid fuel and a liquid oxidizer, a solution chosen for safety purposes. Students have been able to put their physics and engineering knowledge into practice. Hands-on field experience is also the best way to learn about complex project management. 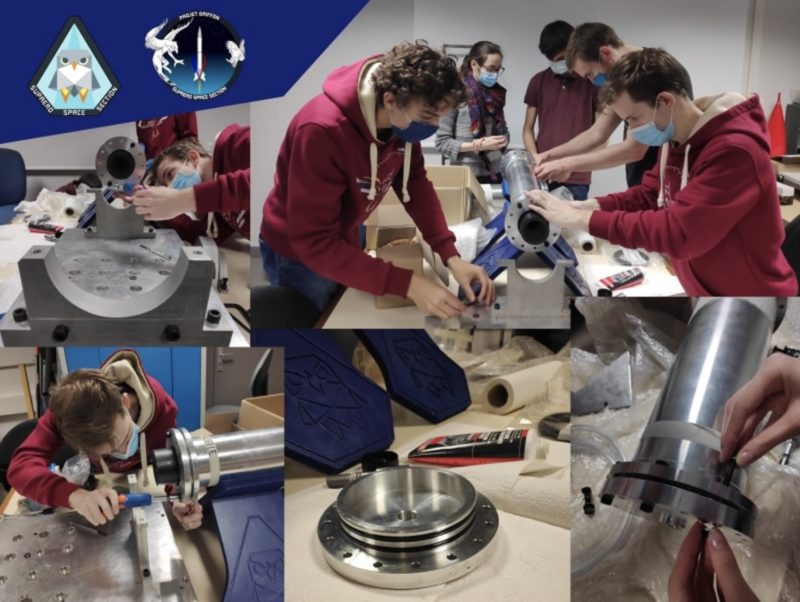 The Institute of Space Systems (IRS) at the University of Stuttgart in Germany focuses on doctorate research.

As the institute’s industrial partners, ArianeGroup and Airbus DS provide guidance and support for theses that deal with mobility issues in space.

This research partnership is a means for IRS students to address elementary space applications and to tackle the future challenges of the space industry. It is also a great opportunity for them to work with space companies before entering the job market.

They conduct experiments and use digital modelling to study the properties of liquid propellants and to precisely examine engine combustion with liquid–oxygen/methane propulsion systems by including kinetic imbalance phenomena. These results are useful for another thesis project, which aims to test and evaluate the advanced combustion chamber demonstrator of a launcher. Other research topics include the study of ionic liquids as a propulsion alternative to monomethylhydrazine. 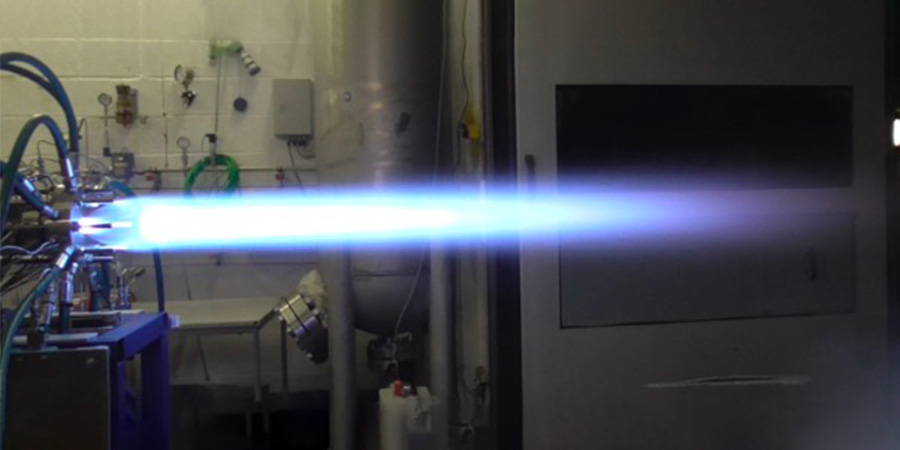 01 01
Experimental combustion by LOx/CH4 at TU

ArianeGroup is proud to support these initiatives. We hope that our collaborative practices will help inspire future talent, and drive research projects, and their technical and technological applications for the space industry. 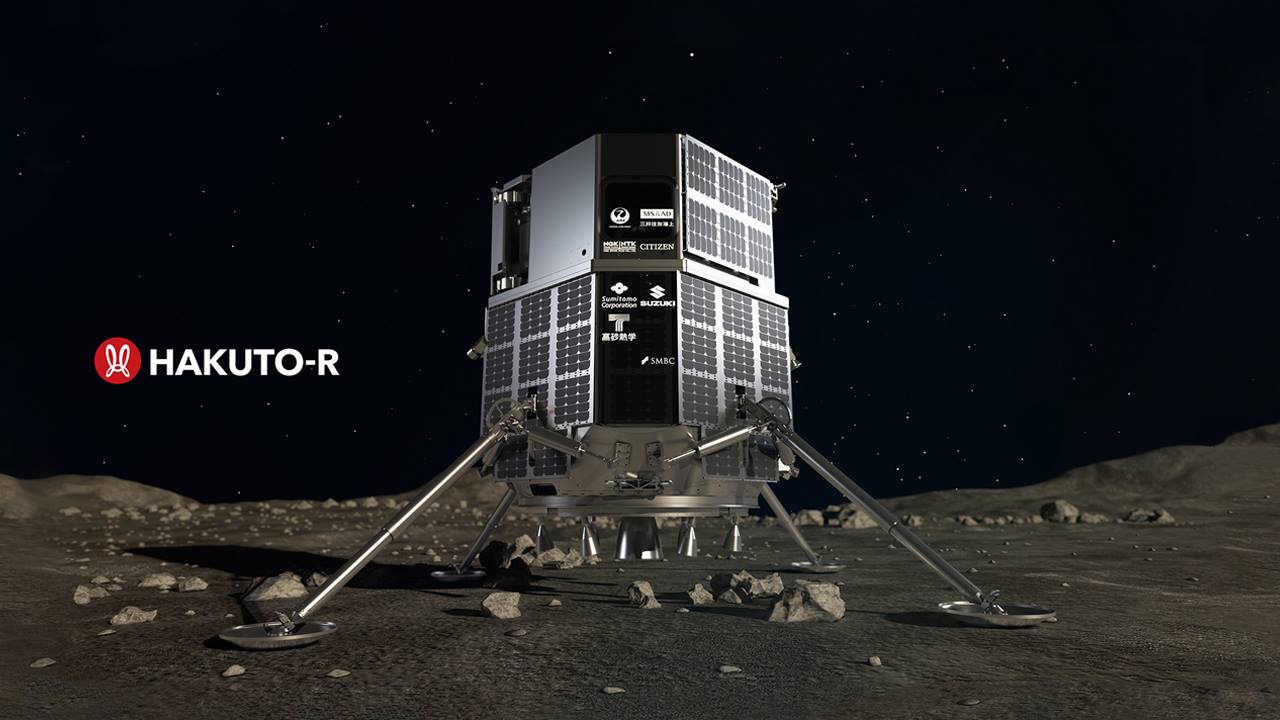 Hand in hand Lunar Lampoldshausen: working with Japanese company ispace, reaching for the Moon is becoming a reality 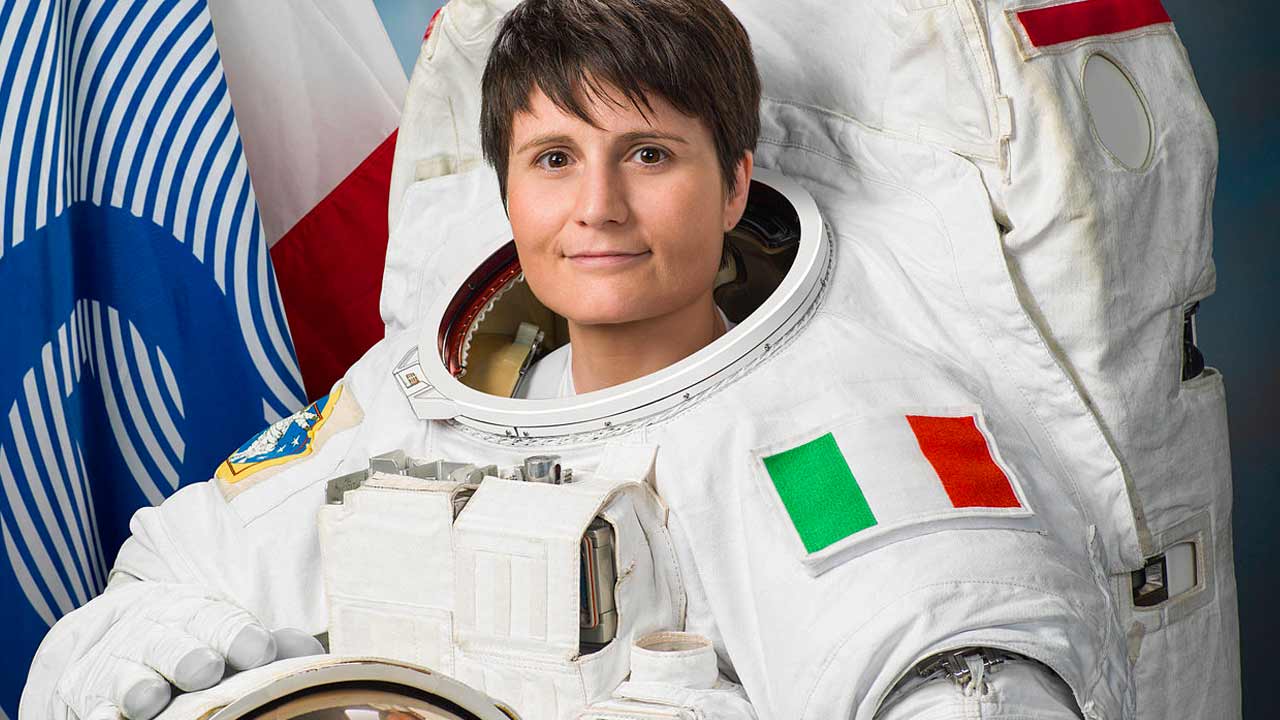