It has been operated for a total of 137601 seconds over the course of more than 50 tests since the beginning of development (more than 38 hours).

Once integrated into the upper stage, the main role of this innovative device is to pressurize the tanks. The APU does this by drawing a small quantity of the liquid oxygen and hydrogen from the tanks which it heats up by means of a gas generator produced entirely by 3D printing, pressurizes, and then injects back into the tanks.

The highly versatile APU performs many other roles. In particular, it is used to prepare the Vinci engine for its multiple reignitions – another first for the European launchers – by settling its propellants towards the bottom of the tanks to ensure optimal operation of the Vinci engine’s turbopumps. Because the behavior of fluids is significantly affected by weightlessness, the propellants would tend to disperse throughout the tanks otherwise.

The APU can also generate additional thrust on demand. For example, to propel the stage once in orbit, a function that is particularly useful for the separation of satellite “clusters”, a method used for constellation deployment, or to improve the accuracy of final orbital injection.

Finally, another example of the APU’s versatility is its ability to de-orbit the stage at the end of a mission in accordance with European space law by powering it towards Earth, so that it burns up on atmospheric entry.

This propulsion system is a key factor in enhancing the versatility of Ariane 6, notably for launching constellations. We took the decision of introducing this innovation during development, and the success of the qualification tests is reward for the technological boldness shown by our Ottobrunn and Vernon teams who were able to invent and develop a multi-function instrument which makes a significant contribution to the competitiveness of Ariane 6.”

Now that this step has been completed, the APU will be tested on the very first complete Ariane 6 upper stage, the purpose-built Hot Firing Model (HFM). It will be a key factor for the success of the hot-fire tests, currently under preparation at the German Aerospace Center DLR’s dedicated test bench in Lampoldshausen, Germany.

The Ariane 6 APU is ready 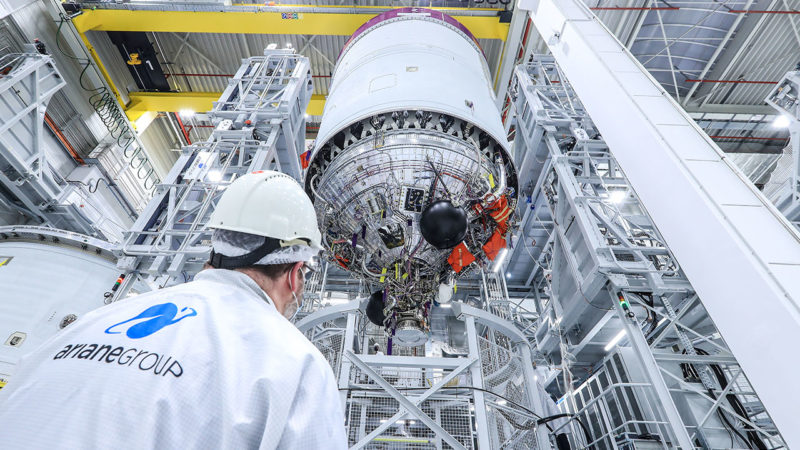