The two satellites, manufactured by Thales Alenia Space, will both serve the needs for connectivity demands. SES-17 will deliver high-speed inflight and maritime connectivity services as well as connecting underserved companies or communities while SYRACUSE 4A will serve French sovereignty by connecting its armed forces all over the world.

This telecommunications satellite will provide excellent coverage over the Americas, the Caribbean and over the Atlantic Ocean and has been designed to transform the aviation connectivity landscape and to accelerate digital inclusion initiatives. It features almost 200 spot beams, the power of which can be dynamically adjusted in step with customers’ changing requirements. It is also the first SES satellite to have a totally digital payload and is powered by an advanced digital transparent processor (DTP), enabling far greater flexibility and efficiency than previously available.

The Luxembourg based operator’s telecommunications satellite will be one of the largest ever launched by Arianespace.

This military communications satellite, commissioned by the DGA (Direction Générale de l’Armement), France’s defense procurement agency, will allow to connect the armed forces together when deployed. At sea, in the air or on the ground, militaries need secured and powerful communication means in order to be able to exchange information with the command center. Thanks to its state-of-the-art equipment (anti-jamming antenna and digital on board processor), SYRACUSE 4A will guarantee a high resistance to extreme jamming methods. At the service of France’s sovereignty, the satellite will also support NATO and European-led operations.

VA255, the 111th Ariane 5 mission, will see the heavy-lift European launcher break three records. With a total performance of approximately 11.2 metric tons, this will be the heaviest payload ever launched by Ariane 5 ECA, surpassing the previous record reached in 2017 with VA237, by nearly 300 kilos. The cumulative mass of its two payloads will reach 10,263 kilograms (6411 kilograms for SES-17 and 3852 kilograms for SYRACUSE 4A), the heaviest ever launched into GTO orbit. VA255 will also be the tallest Ariane 5 ever launched with a long fairing fitted on a 1.5 m raising cylinder.

ArianeGroup is the lead contractor for the development and production of Ariane 5 and Ariane 6 launchers. The company coordinates an industrial network of more than 600 companies (including 350 SMEs). ArianeGroup oversees the entire Ariane 5 industrial supply chain, from performance optimization and associated studies, to production and mission-specific data and software. This chain includes equipment and structures, engine manufacturing, integration of the various stages, and launcher integration in French Guiana. ArianeGroup delivers a flight-ready launcher on the launch pad to its subsidiary Arianespace, which operates the flight from lift-off, on behalf of its customers.

Ariane 5 is a program of the European Space Agency (ESA), carried out in cooperation between public institutions and industry. Marketed and operated by Arianespace, the Ariane 5 launches take place from the Guiana Space Centre in Kourou, with the support of teams from the French space agency CNES.

The nominal duration of the mission (from liftoff to separation of the second satellite) is: 38 minutes and 41 seconds.

ARIANE 5 ON THE CUSP OF THREE RECORDS 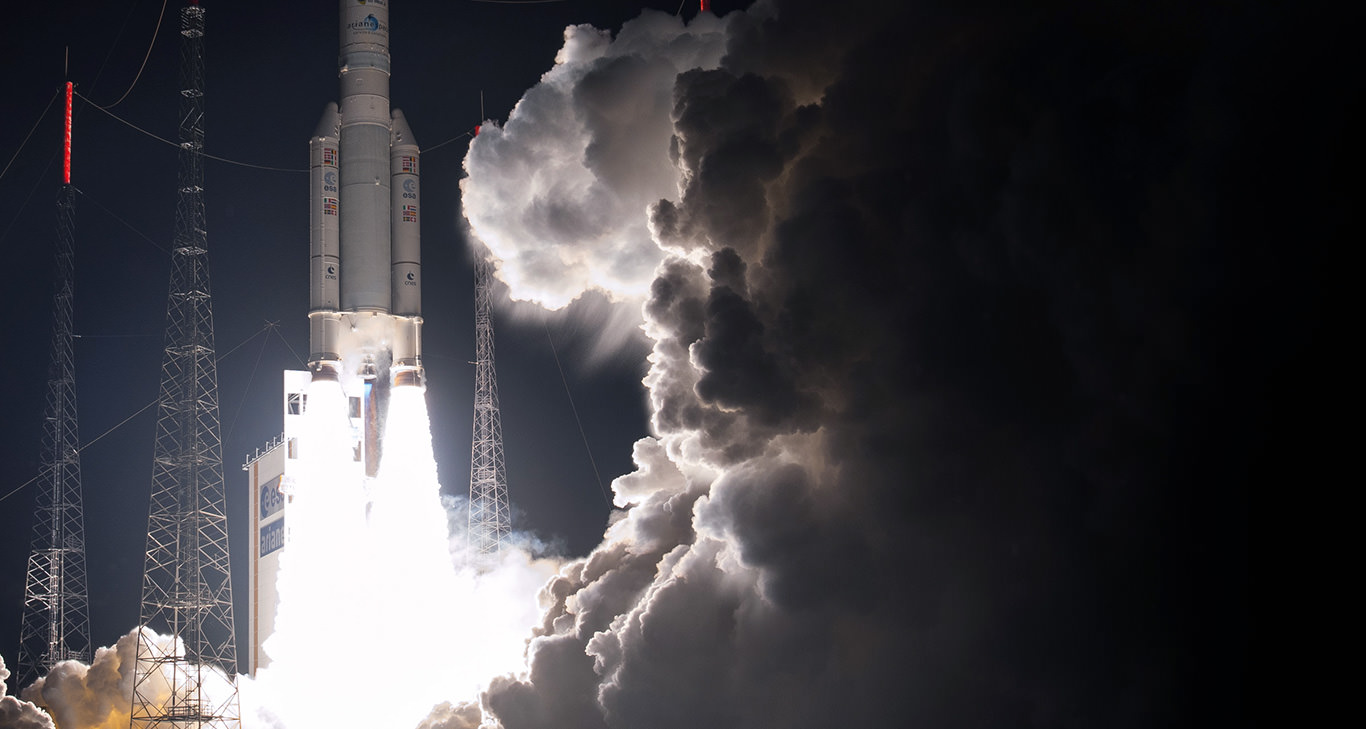 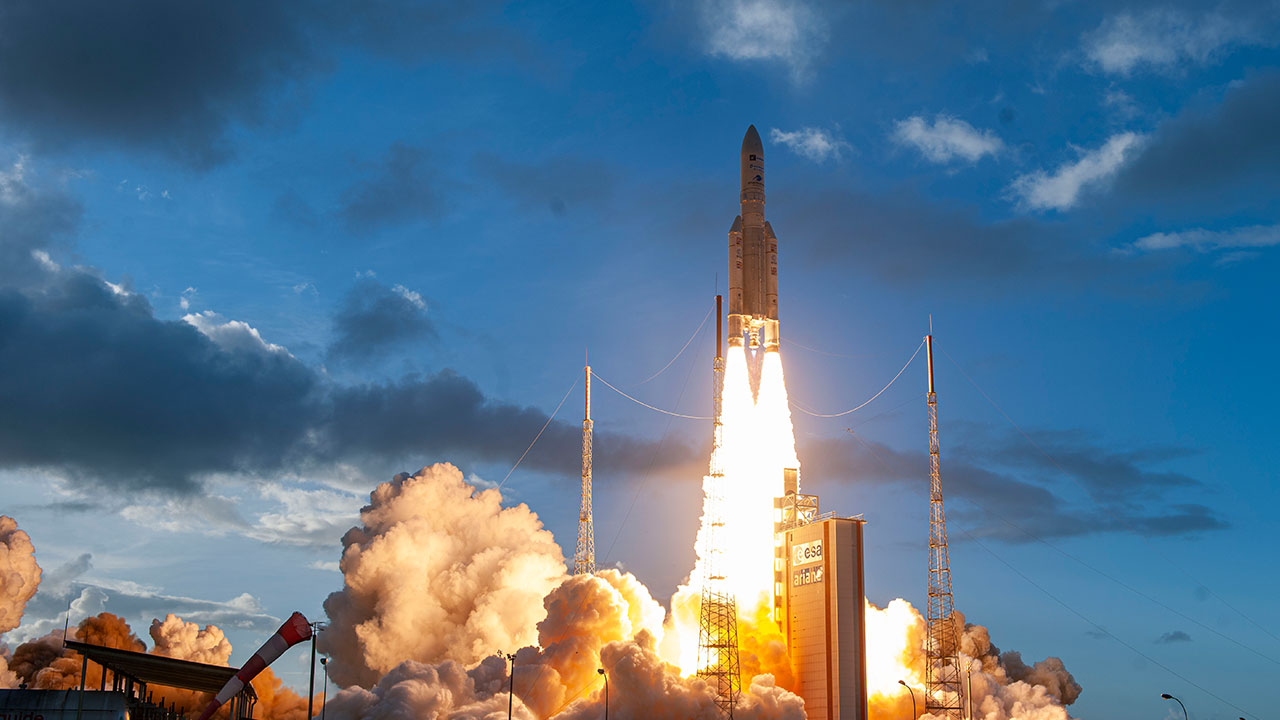