Welcome to the heart of the most exciting space investigation of recent years: what is the ideal concrete for building the launch pad for the Themis reusable demonstrator?

This is the latest of our articles concerning the Themis project and today we tackle a particularly concrete subject: well, the actual concrete.

For this project, the Thermal Structure and Materials department at French space agency CNES’ Launchers Division, in collaboration with the Centre for Materials at the École des Mines ParisTech, is carrying out a technical study on behalf of ArianeWorks. It concerns the ability of the materials that will make up the future Themis launch pad to withstand extreme conditions, repeatedly.

One of the goals of the Themis tests, says Marie Jacquesson, head of the department, is “to demonstrate that reusing the launcher is worthwhile in every sense of the term and to minimize revalidation of the ground resources (in particular the condition of the launch pad) between two launches.” 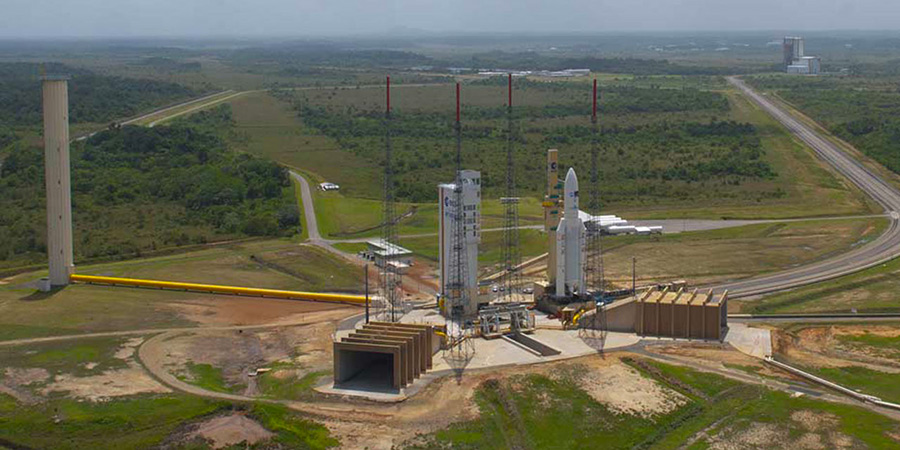 This is why, with Themis, we believe that we would not need ground resources using flame trenches, such as those of Ariane 5 (the flame trenches are tunnels under the engines, which are dug into the ground and direct the vehicle’s engine exhaust out laterally for thermal and acoustic protection reasons). As Themis is less powerful and less noisy, we could imagine simply using a slab. 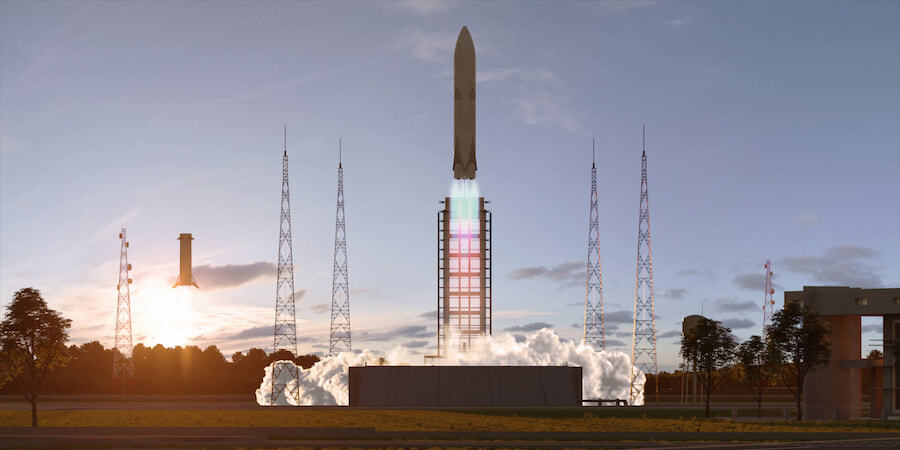 01 01
Artwork of the Themis launch pad with streamlined ground resources, consisting of a simple slab, with no flame trenches. ©ArianeWorks

Having determined this, the real detective work begins, in order to evaluate whether standard concretes could be suitable and stand the test of time. They would also have to retain acceptable characteristics for a demonstrator equipped with a liquid propellant engine, which will not only lift-off from the pad, but also make a successful vertical landing on the same launch platform, notably for the “hop tests”.

The ideal candidate would be a standard, relatively inexpensive concrete, which is easy to use, capable of withstanding particularly severe thermal conditions, without suffering damage, and remaining relatively smooth for a launch pad.

To find this candidate, we have to understand how these concretes behave under extreme and very high speed heat flux; this is the work being done by Mohammed Mamèche, a mechanical and materials engineer at the École des Mines. A good scientific investigation often begins in the archives, but unfortunately on this subject they only contain data about temperature rise rates that have nothing to do with the problem that concerns us here. As Mohammed says, a rocket motor blast subjects the launch pad to a temperature rise of “more than 2,500°C in less than two seconds”!

Very few materials are capable of withstanding such temperatures. Metals can, but are extremely expensive, so they have been ruled out. Ceramics could also be interesting: for example, ceramic shields are used for atmospheric re-entry by space shuttles, and also to protect ArianeGroup’s launchers. 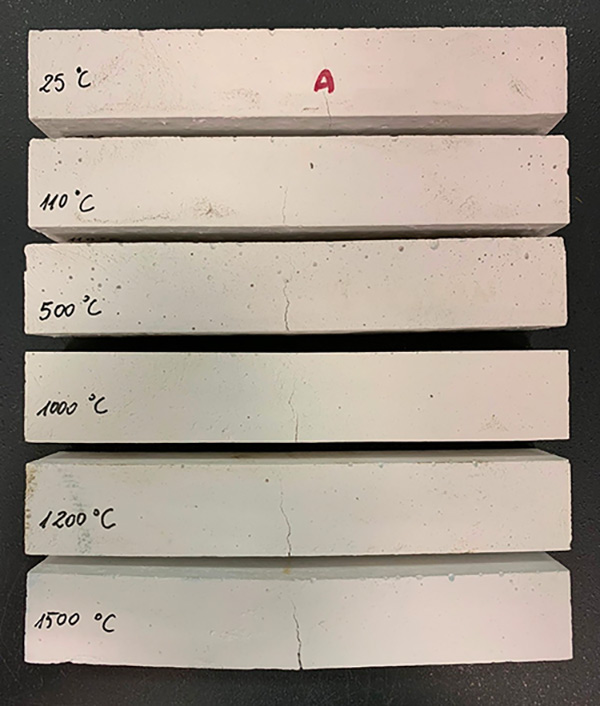 Above, several samples of refractory concrete subjected to three-point bend tests at different temperatures. The higher the temperature, the wider the crack, but without causing the samples to fracture.

But when looking for the least costly solution, the potential pool of candidates can be narrowed down to refractory concretes. These materials are used in glass or steelmaking furnaces at 1,500°C and some are even used in the cores of nuclear reactors, and they must be capable – in the event of an accident – of withstanding molten material temperatures approaching 3,000°C.

When seeking to understand why these materials withstand these high temperature so well, Mohammed found out that they have similar chemical compositions, notably containing alumina (chemical compound with an extremely high melting point). We will therefore look for a concrete rich in alumina.

Three concretes have this characteristic as well as meeting other technical criteria and were therefore pre-selected. 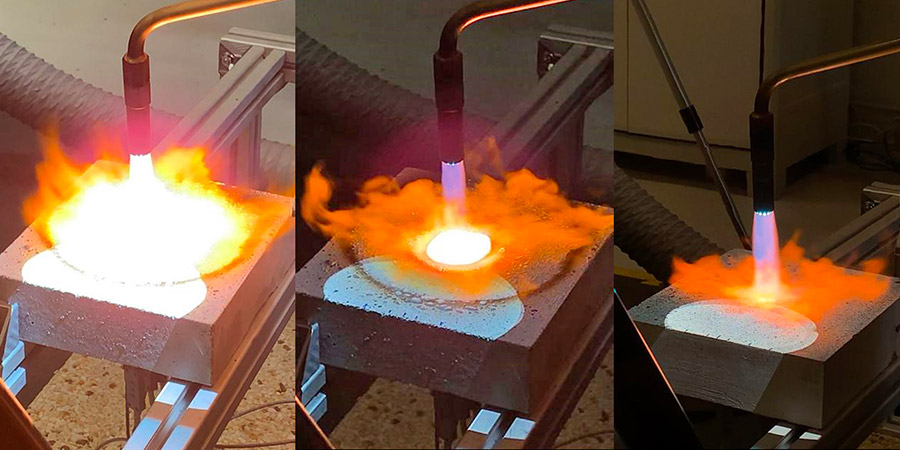 01 01
Samples subjected to a flame locally similar to the thermal shocks experienced on a launch pad during a launch.
©Mohammed Mamèche

Once the candidates were brought together, an action plan was needed to test the hypothesis. ArianeWorks and an SME from Normandy called AREELIS Technologies adapted a test bench to test the samples. Mohammed thus reproduced these thermal shocks on a small scale on 60 cm thick samples of 20 cm2. His goal is to understand how the temperature is diffused within the material during the thermal shocks, to see whether there is damage once the flame has passed and finally to correlate all that in a digital mock-up.

A surprise was waiting for him as one of the concretes stood out, in fact ahead of the one known as the “Rolls-Royce of concretes”. Yet both appeared to have the same structure! A very small difference meant that this new front-runner had the advantage of cracking far more slowly than the first. So this is highly promising for our launch pad!

Following these first tests, this concrete could be used on larger samples, during the hot-fire testing of Prometheus scheduled for next year in Vernon (France). And who knows, it could maybe one day be used, at least in part, for other Ariane launch pads in the future!

In the meantime, and even if we cannot close this investigation as the situation currently stands, this study has enabled Mohammed to develop a digital model which will in the future allow simple calculations of the thermal behaviors of other materials, thus further accelerating future innovations at ArianeWorks.

ArianeGroup wishes to thank Marie Jacquesson and Mohammed Mamèche for their time. 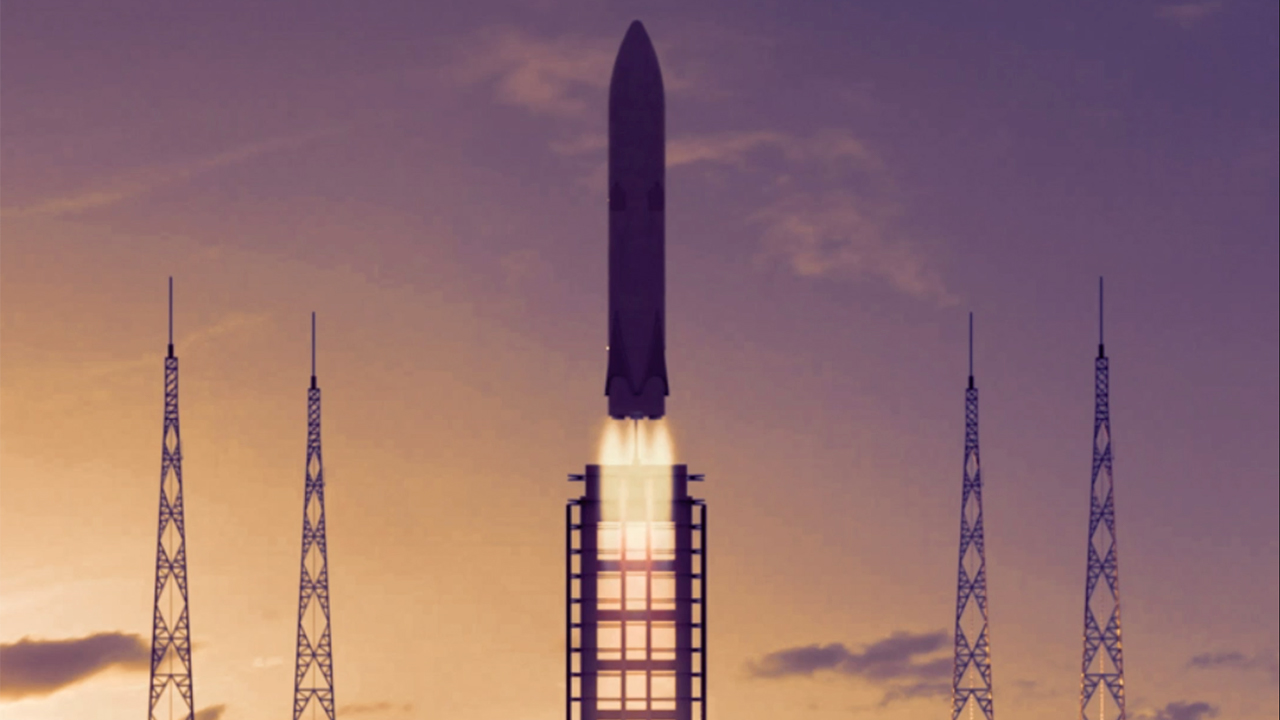 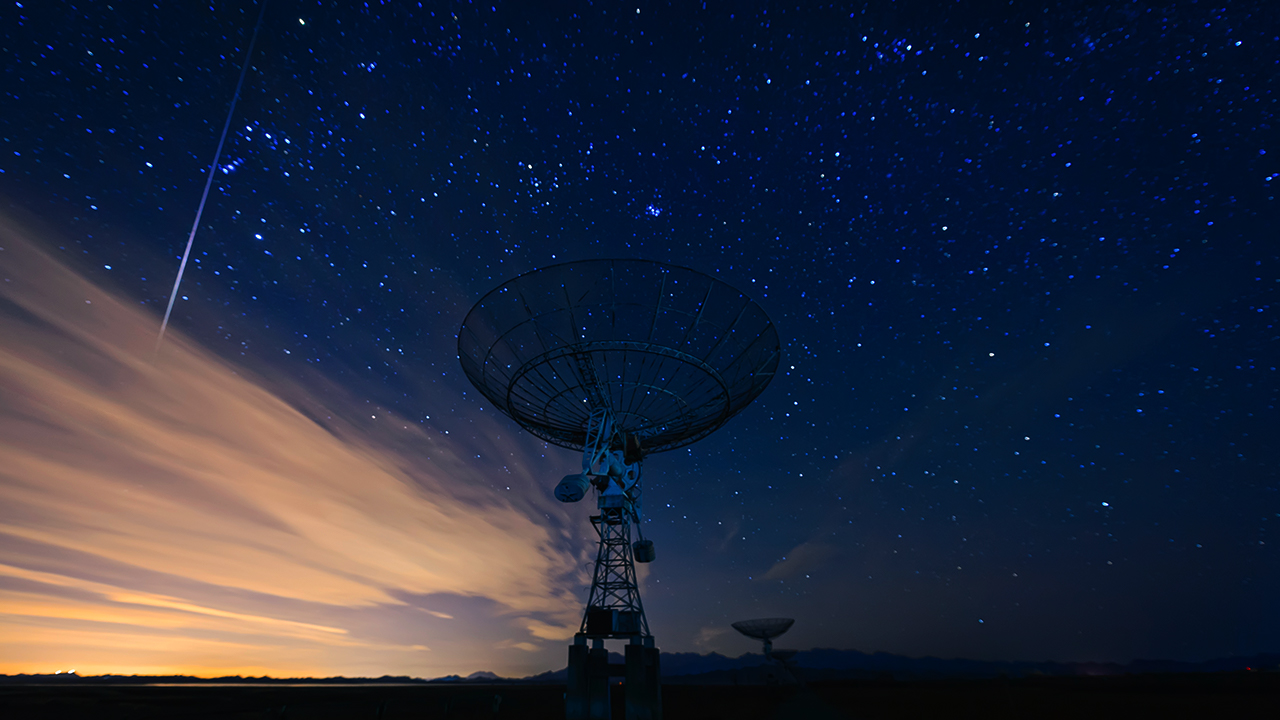 Space Inspiration Over to you (Take 2)! Discover a new series of infographics by an ArianeGroup fan!