Belgian-born Angelo Vermeulen describes himself as a space researcher, a biologist, an artist, a community organizer, and an astronaut candidate. Although he initially studied ecology, he chose to focus on art, a decision he readily explains: science alone stifled his creativity; it was not enough to unlock his full potential. Not one to dwell on frustration, he promptly began working on several projects which led to him co-founding the SEADS collective. 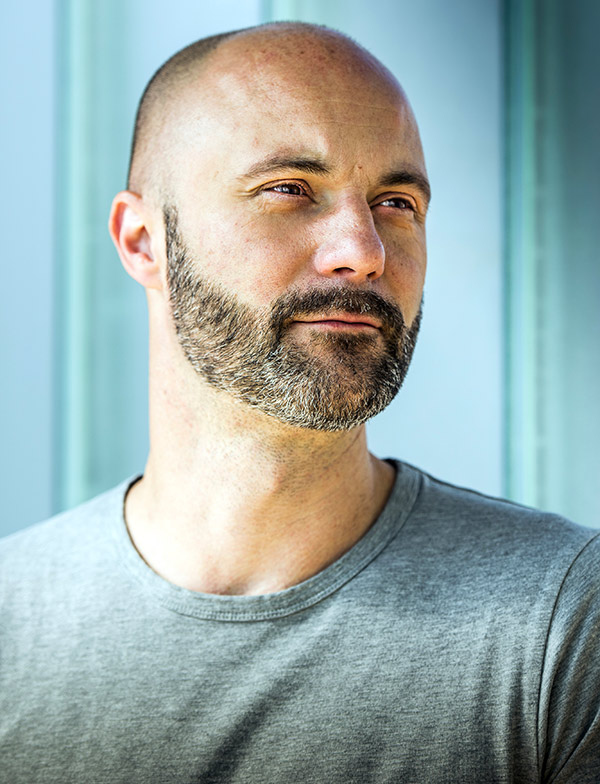 Can you explain what SEADS is?

I co-founded SEADS (Space Ecologies Art and Design) in 2009. It is an international transdisciplinary and cross-cultural collective of artists, scientists, engineers and activists. Its members come from all over the world – e.g., the Philippines, Russia, Iran, Belgium, Kosovo, and the United States – with one objective in mind: to deconstruct existing paradigms about the future through theoretical research and hands-on experimentation.

Its community, and the ability to exchange ideas and to co-design, are what make SEADS strong. We believe it is absolutely essential to use a bottom-up approach in order to harness collective intelligence and come up with new, more inclusive and diverse visions for the future. For these reasons, SEADS is based on an open-source model. 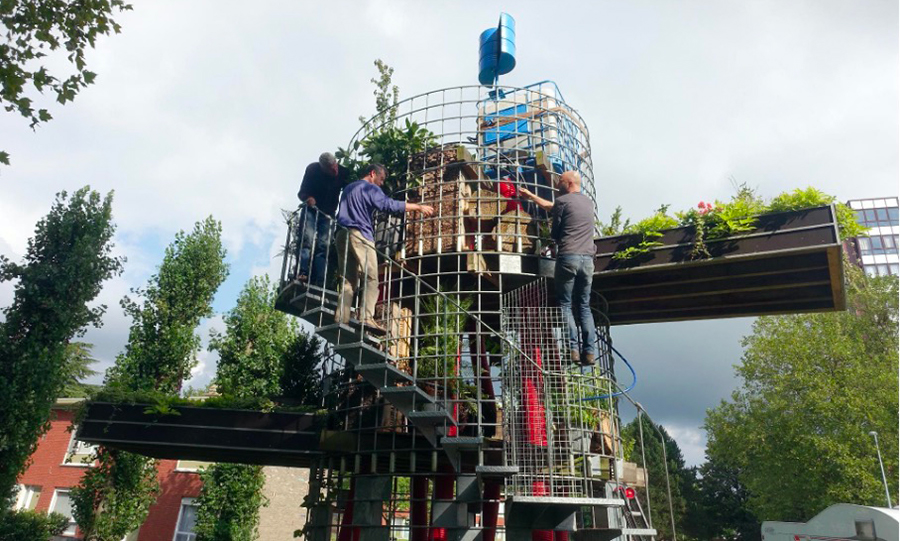 Tell us more about your art.

I primarily create artistic installations, but I also use photography, and work with video. I go back and forth between the real, physical world, and the world of imagery, which I tend to become obsessed with.

I personally do not feel there is a conflict between the scientific and biological nature of my work and its artistic and philosophical aspects. A transdisciplinary focus is paramount: I readily combine art, science, engineering and design; it is my way of communicating with the world. 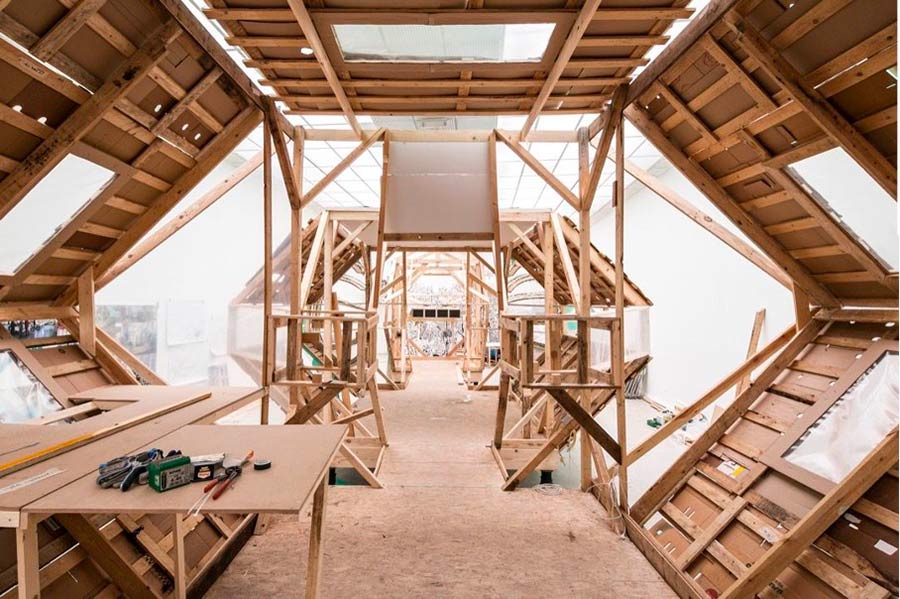 Can you tell us more about the different SEADS projects, such as the Space Farming Project?

Nowadays, the survival of astronauts on crew missions depends on the resources they bring with them from Earth. The premise of the Space Farming Project is that resource autonomy is essential to sustain life in space, particularly for extended periods of time in deep space. Our work focuses on how to combine in situ resources, waste recycling and space agriculture. 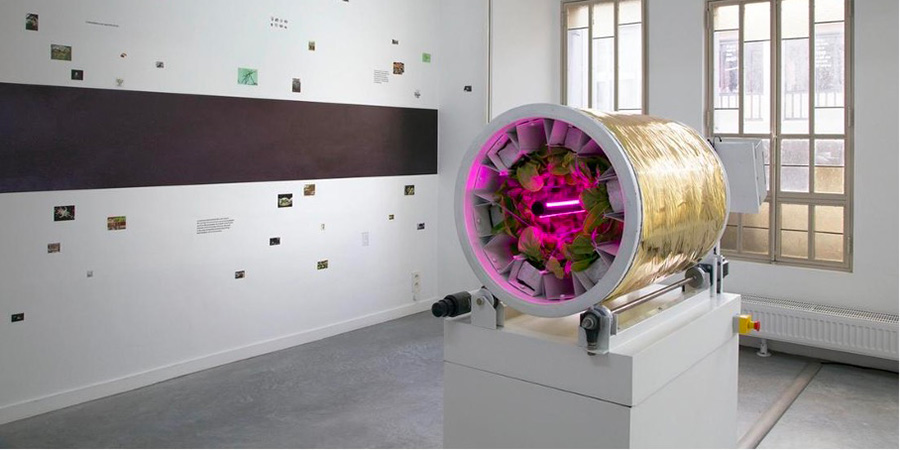 The Space Farming Project critically examines the latter: how to provide astronauts, and eventually future colonies, with locally grown food and biogenic oxygen. This will be an essential component for any future outpost in deep space.

From a biopolitics perspective, this is a key challenge. Historically, humankind has proven that colonization and agriculture are intrinsically linked. In the unparalleled conditions of space, however, this problematic relationship is bound to take on new contours, with its own unique set of ideologies and ensuing ethical conflicts. In this project several space prototypes have been developed in collaboration with a diverse community of volunteering technologists, agricultural researchers, teachers, and students.

How does space and ArianeGroup inspire you?

Space, and the origins of life on Earth, remain two of the greatest unsolved mysteries of our time. When I consider space technological advancements, I mainly think of the societal, ethical and biopolitical consequences – both positive and negative – of the spread of the human race in space. I see ArianeGroup, therefore, as a future embodiment of Europe’s capacity to take humans there. 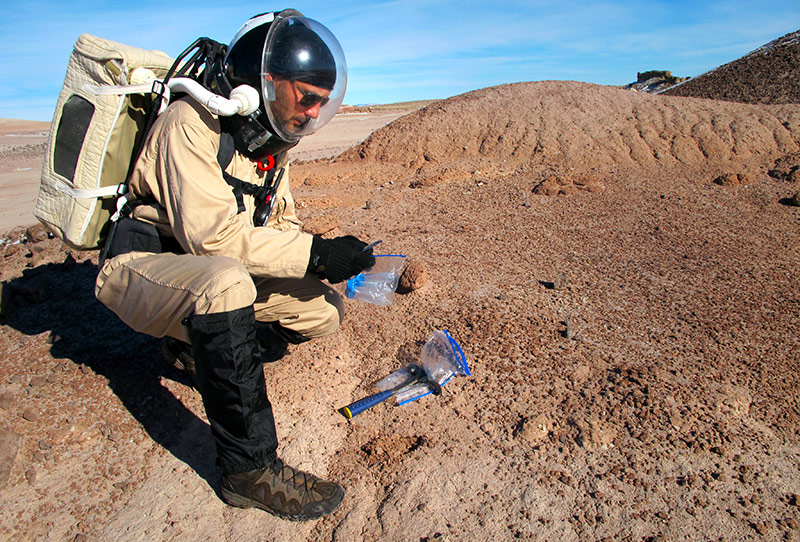 Where do you draw inspiration for your art?

Besides space exploration, I am particularly drawn to history and philosophy. But in fact, most disciplines in science, engineering, art and the humanities are potential sources of inspiration for me. I simply have a wide range of interests. And on a day-to-day basis, I am deeply influenced by what goes on in the world, by exhibitions I attend and conversations I have with different people.

The subject matter of my work may vary. Since I am primarily concerned with ethical and political issues, everything is potentially useful to my work. Materials, colors or textures are not what initially draw my attention. 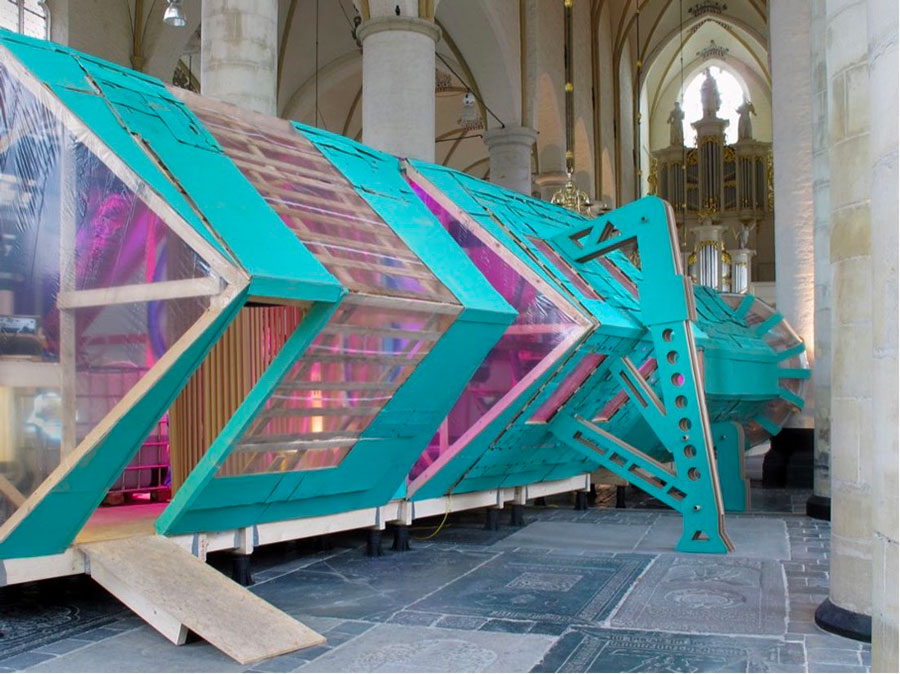 In a more general sense, how are art and space related? Do you think one can nourish the future of the other and vice versa?

Space helps us to place things in a new context, and thus to provide a fresh perspective. This helps us to discern underlying paradigms and political nuances in art and science.

Humans are actively traveling to space and are planning to stay: different countries intend to send people to space and travel to the Moon, a new space station is being built, and space tourism is a rapidly developing industry.

As such, space is no longer a field of study for engineers only. We are no longer simply focused on keeping humans alive in a hostile environment. The time has come to embrace a more holistic approach to a future in space. All other aspects of human life – architecture, design, ecology, psychology, art – are an integral part of our existence in space. 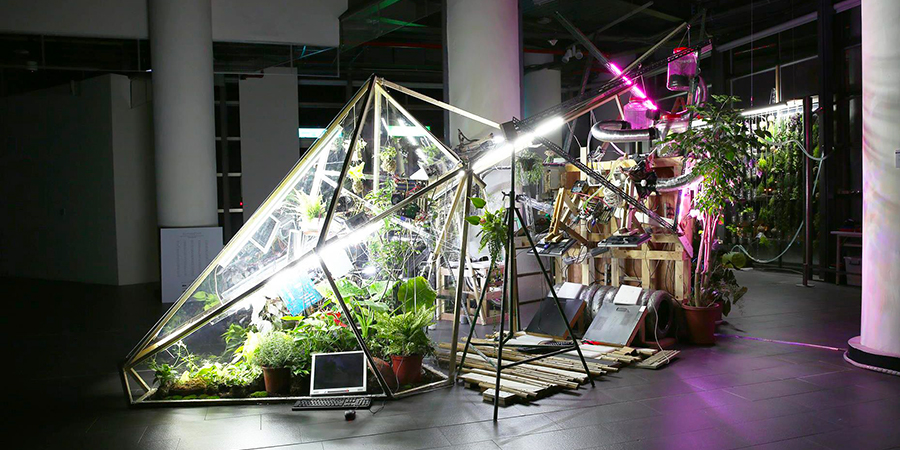 When it comes to space, is there a particular dream you would like to accomplish? 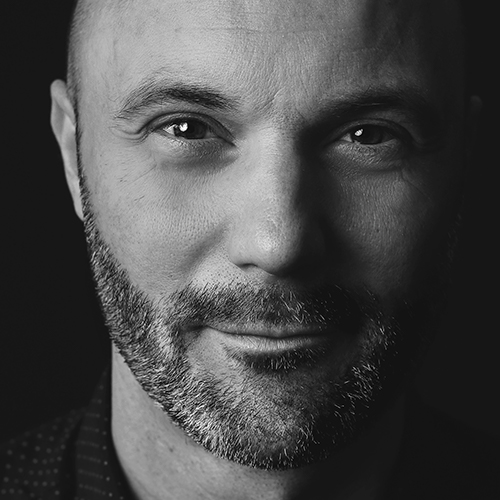 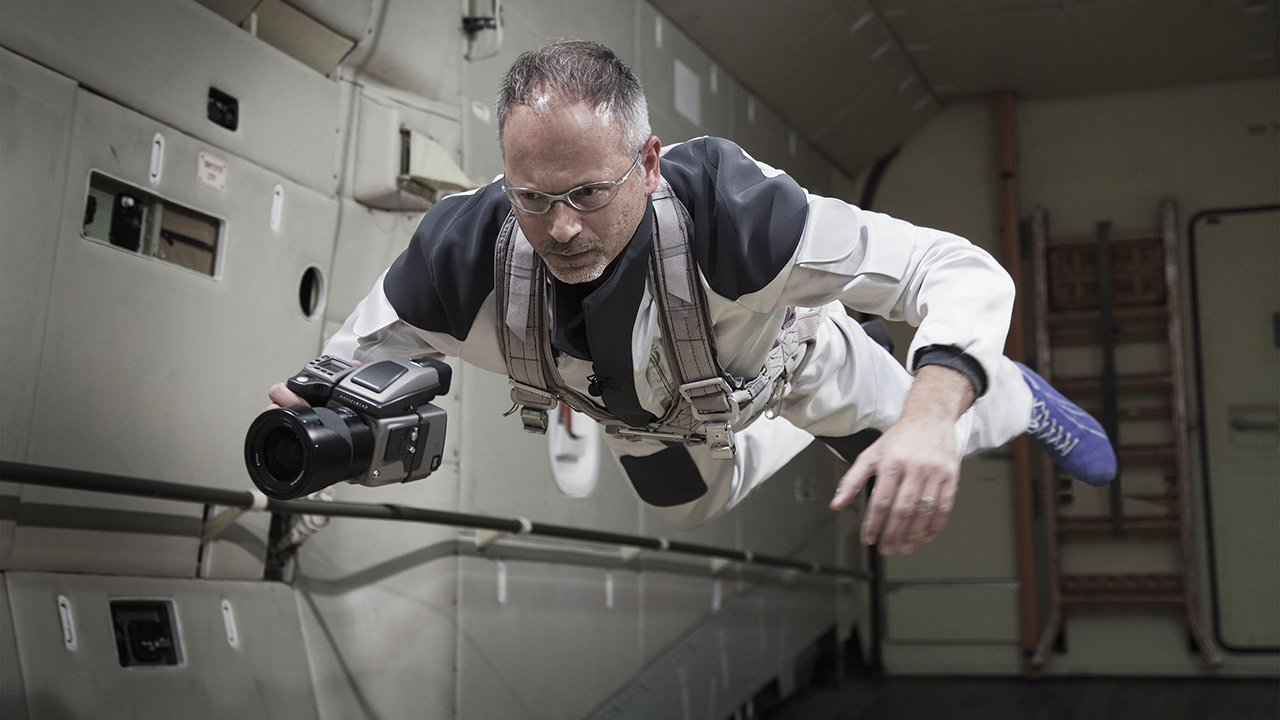 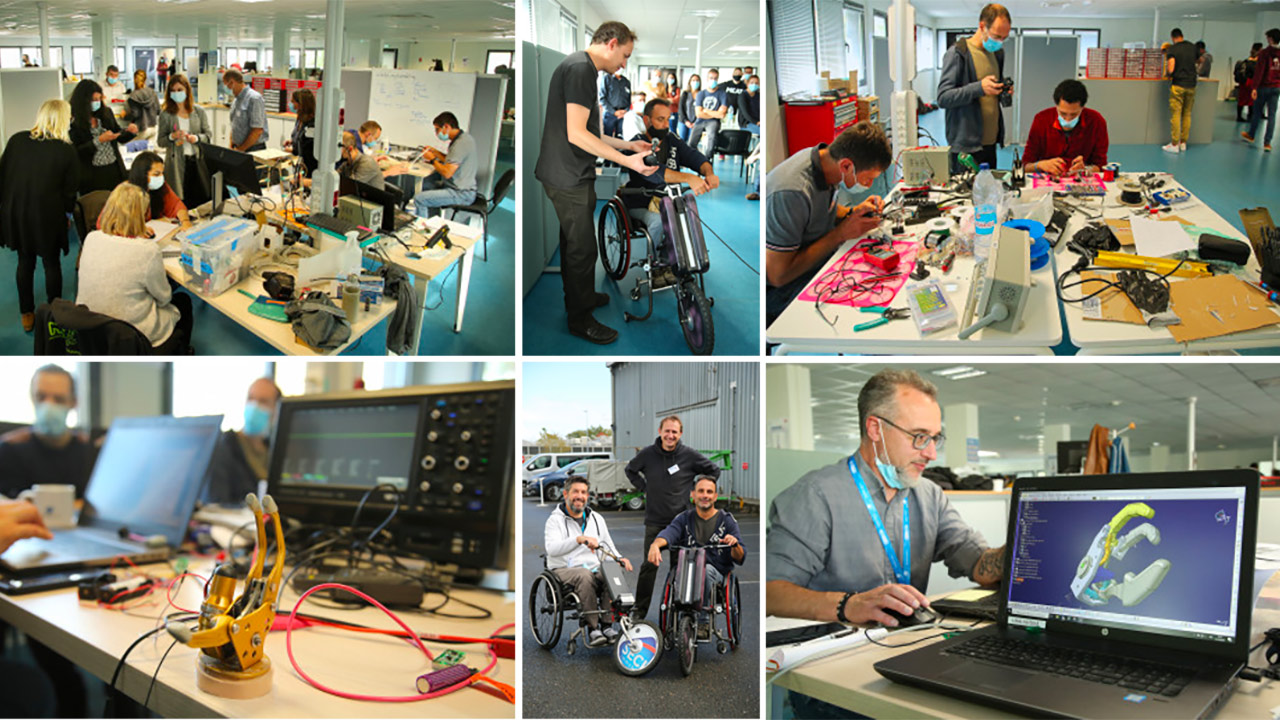